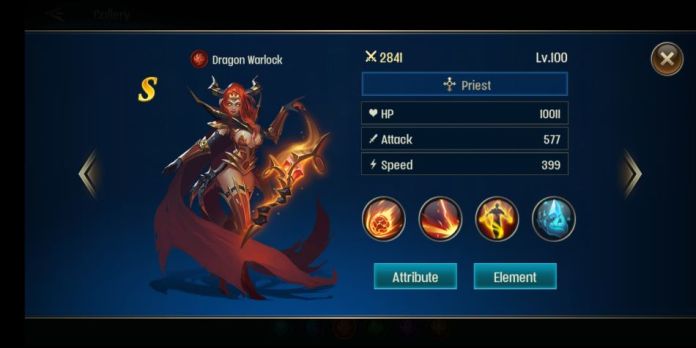 It was quite difficult to pick only one from each faction, since there are so many heroes with good attributes, we’ve picked two which we consider to be the best. So, without further ado, let’s get into it: 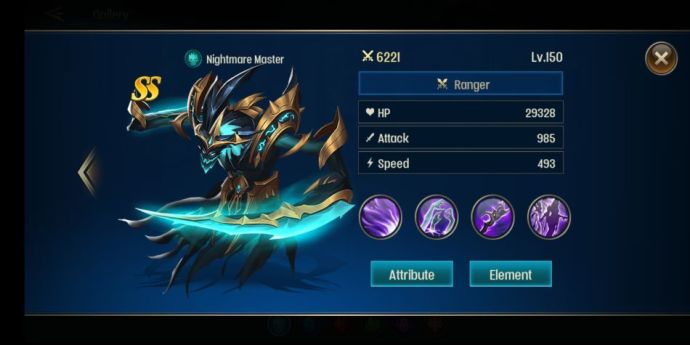 Nightmare Master is a S tier hero that can be evolved into SS tier. His skills are single target and do Earth damage, while also debuffing the enemy. It is best if you evolve this hero, because his basic stats will double and will make him even more powerful (and he looks amazing!) 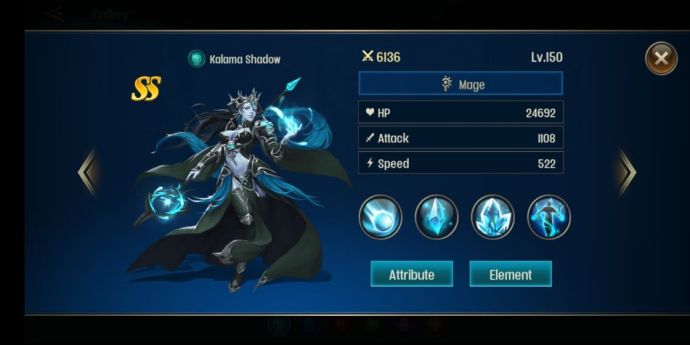 This hero is a powerful AoE beast who also does lots of damage. With the Ice skills, the enemies have a chance to freeze and this helps a LOT in the battles. Kalama Shadow can also be evolved from S tier into SS tier, having her basic stats doubled. 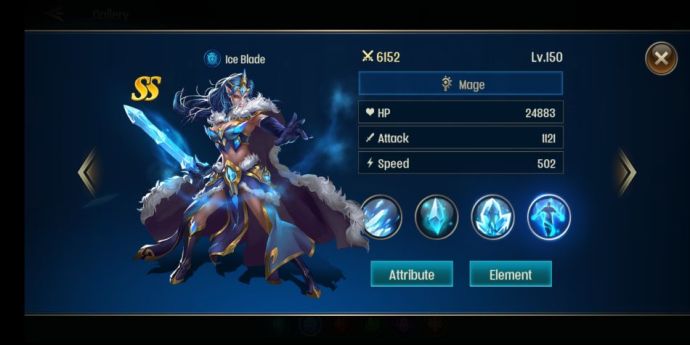 Ice Blade is an Ice Mage, just like Kalama Shadow, but her basic stats are off the charts! She’s powerful, and with the ice damage increasing every time an enemy dies, she’s someone to be feared. 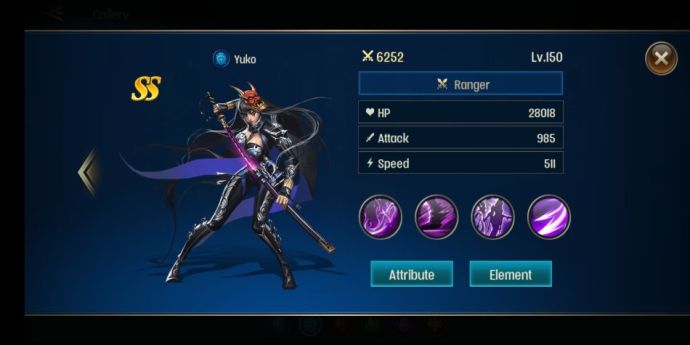 Yuko is a Ranger who knows her targets. Her skills help her attack the back line (which is where you want to get) and she’s also able to resist and block attacks. Pretty useful this lady! She’s a S tier hero who can be evolved into SS tier, thus making her more powerful and fearsome (for the enemy backline!). 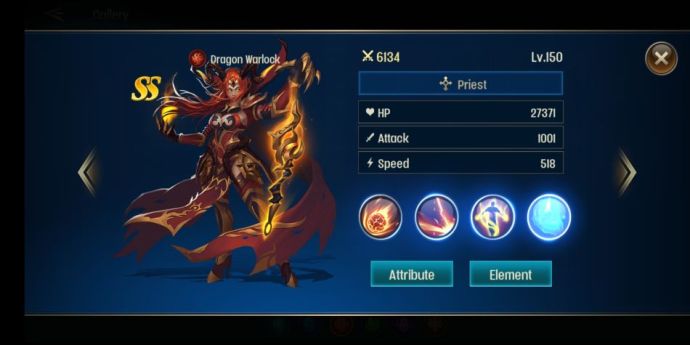 She is a Priest and a wielder of six elements. healing the allies, aiding them with elemental buffs and also dealing damage (not that significant) to the enemies. She is an S class hero, able to be evolved into SS class. 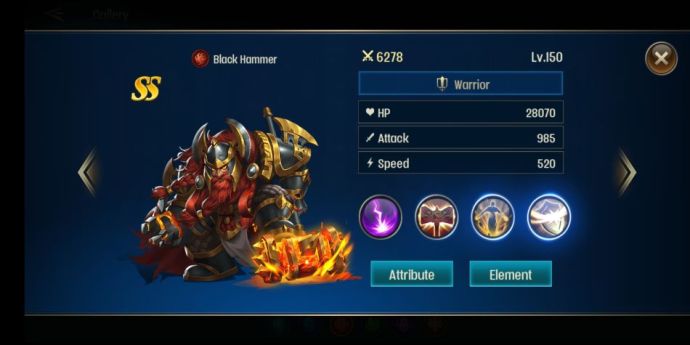 This guy is a massive rock of a hero, tanking left and right, up and down. He does some AoE damage, with a chance to stun the enemy (with a huge hammer and a mighty beard), while also healing himself and withstanding massive amounts of damage. A true frontliner, I’d say! He can be evolved from S tier to SS tier. 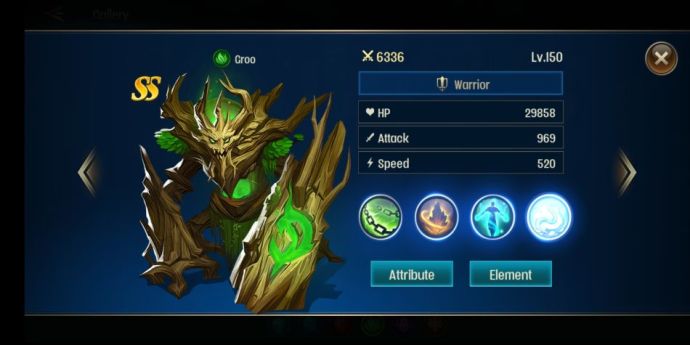 If the previous guy was a rock (not literally), this guy is a tree (this time, literally!). Also a warrior, he can take a lot of damage without breaking or even splinting! His skills allow him to receive elemental resistances and heals, while also healing his allies in the eventuality that he falls. He is a S tier warrior who can be evolved into SS tier. 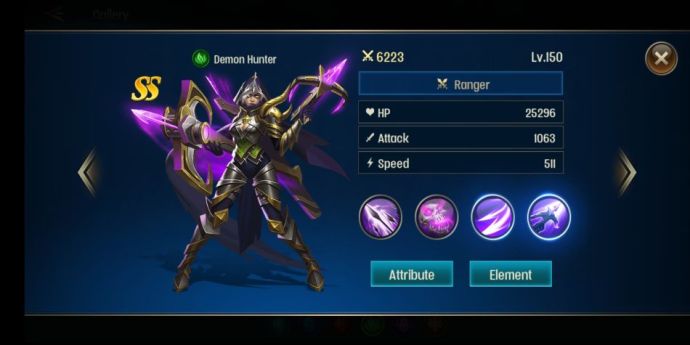 She is Ranger with great DoT power! She focuses on Poison, and every poisoned enemy takes increased damage. With a chance to silence the enemy, she also aids her allies when damaging the enemy by decreasing the enemy defense. She’s a S tier hero, can be evolved into SS tier. 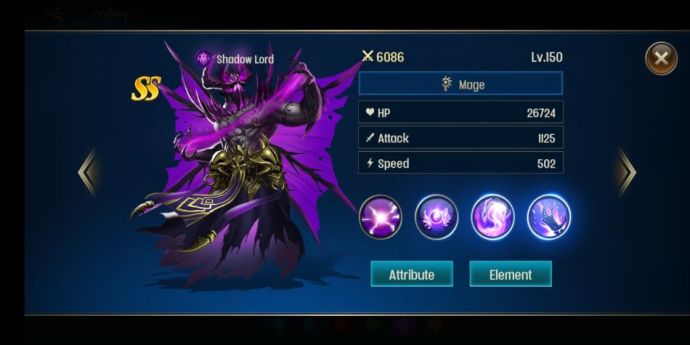 He is a force to be reckoned with. A mighty mage with great basic stats, he does fire damage and buffs his allies, adding extra fire damage to their attacks. He also has a chance to stun the enemy, being a big threat to both front  and back lines. S tier hero, can be evolved to SS tier. 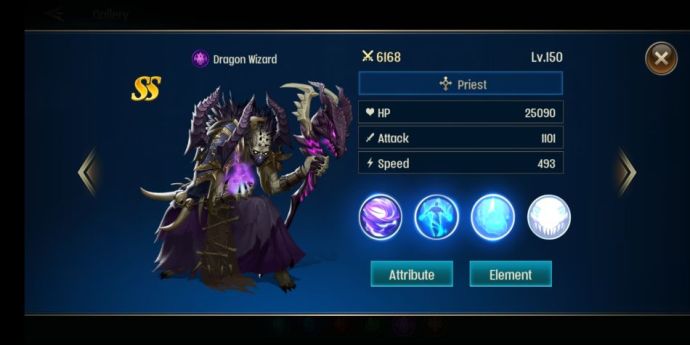 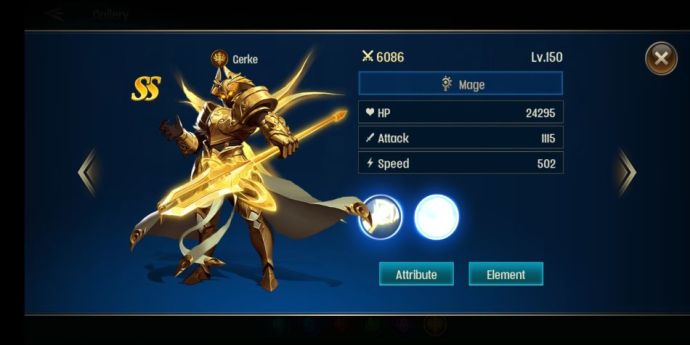 Gerke is a Mage who wields a beautiful golden staff. Even if his staff radiates lightning, his elements don’t. The main perks of this hero are his critical strikes combined with the amount of elemental damage done. He’s a S tier hero, able to be evolved to SS tier. 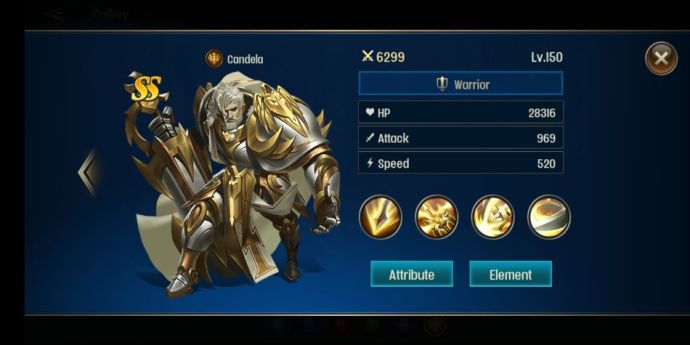 He is a mighty warrior whose armor is one size too big. He is fearsome and has the ability to stun his targets, while also dealing increased damage to those stunned. He’s just a great tank and outputs great crowd control, so he’s great for long, extended fights.

It was tough, but we managed to reduce the 150+ heroes in the game to just 12 of the best ones. We hope you find it useful, create some great teams with them in order to complete the missions!

Dungeon Rush: Rebirth: Best Heroes to Take on Your Expeditions