Home Guides Dungeon & Heroes: How to Get Legendary Heroes (and Guide to Them)

If you’re just starting the game, then you shouldn’t focus so much on getting more legendary heroes – instead, build up your game by checking out our tips and tricks for beginners (the link opens in a new window, so you won’t lose this guide either!).

If it’s just the legendaries that you’re interested in, then let’s get right to business and tackle the important question on everybody’s lips: how do I get legendary heroes in Dungeon & Heroes?\

The truth is that early on, the easiest way to get your first legendary hero in the game is by spending real life money. I believe that this was obvious to you and you’re looking for some other cost-free methods, but I just wanted to get this out of the way. If you want to get a legendary hero fast, simply go for the IAPs available in the game!

Easiest method to get legendaries for beginner players

If you plan things a bit and you’re extremely patient, you can get a Legendary of your choice in the game, even if you’re just starting up. It won’t happen over night, so start working on it already! 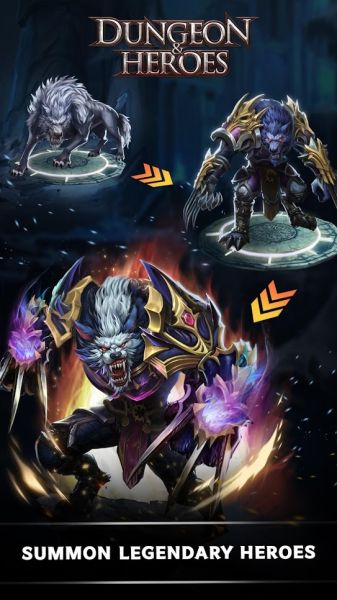 The method is to take advantage of the Gold Chest Event which takes place regularly in the game’s world. When that kicks off, you need 100 Gold Chest keys which, once spent to open the chests, will give you the option to select a Legendary Hero of your choice (plus also giving you increased chances of getting at least another Legendary simply from opening that huge amount of chests).

Now, hoarding 100 Gold Chest keys is not extremely fast – hence my “be patient” thingie earlier on. It’s doable though if you are dedicated.

You can get the keys from your Guild Store (one each day), as well as from the Infinity Tower (every 10 levels or so). On very rare occasions, the keys are available on the market for gold only, while special offers for diamonds will also pop up every now and then. If you have the diamonds, take advantage of them.

Other ways to collect Golden Chest Keys is to defeat monsters on the map and keep an eye on events or the Statue of Hero.

If you’re playing daily and you’re serious about this, you should be able to get the 100 required keys to get your own legendary in about 60 days. 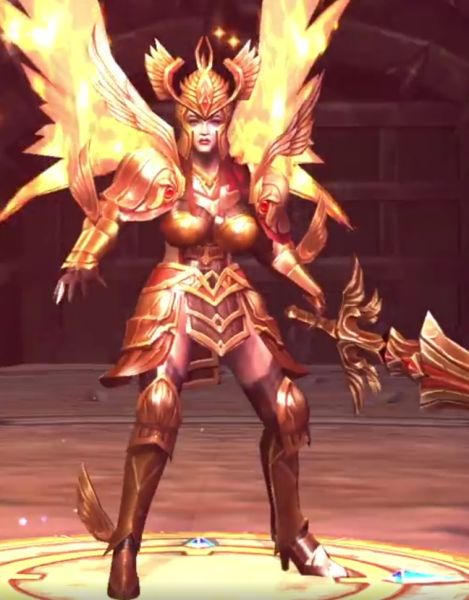 Other methods to get Legendary heroes in Dungeon & Heroes

Simply opening Gold Chests comes with a chance of getting a Legendary. Chances are very slim from opening them individually, so really take your time and hoard the keys for the event.

You will also get Hero shards from completing quests, usually the weekly quests. It won’t be easy to get the legendaries this way, but it’s easier than doing nothing.

Finally, you can gather Dragon Eyes and exchange them for legendary heroes. This is a bit more difficult early on in the game, but something you should consider as a long term strategy.

What legendary heroes are there in the game?

At the moment of writing this article, we have 5 potential legendaries in Dungeon & Heroes: Brynhild, Nekros, Cassandra, Osiris and Anub’rake. Regularly (but not too often), new legendary heroes are added to the game – Anub’rake for example is the latest at the moment. 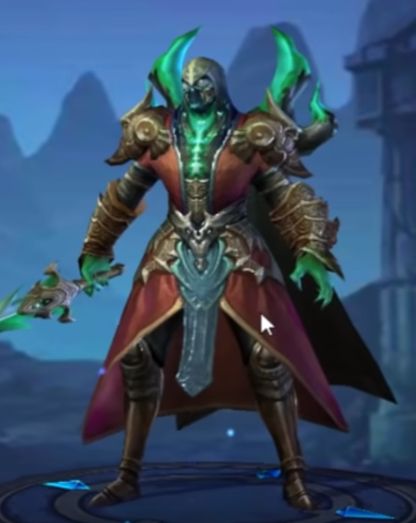 These heroes will start at 5 stars and require 2 shards for their first blue star, 5 for the second and 10 for the third and so on.

Any legendary hero that you get is a better option than any other hero that you already have, assuming you can improve them ASAP. So don’t be sad if you get a legendary that is considered weaker – be happy that you have one! But if you are to choose, like from completing the 100 Keys challenge above, go for Brynhild or Osiris.

This would be our guide to unlocking legendary heroes in Dungeon & Heroes. It’s not going to be easy (or cheap, depending how you play the game), but it can be done if you are a dedicated player and do your best with what you have. 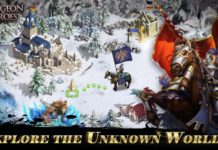 Dungeon & Heroes Tips: Cheats & Guide to Be the Best