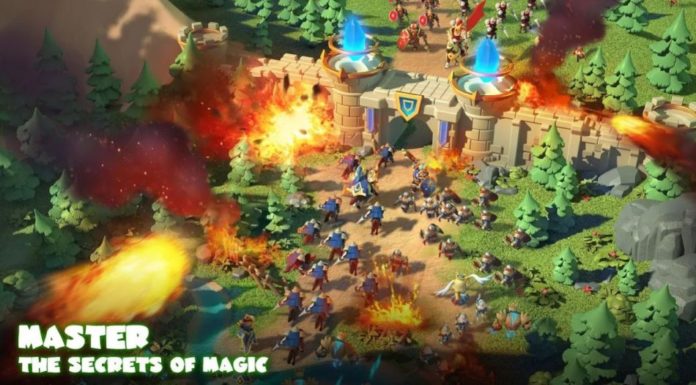 In today’s article we will tell you everything you need to know about the best heroes in Dream Raiders: Empires and how to form powerful teams with them. All this will be covered in today’s article, so if you want to learn all about it, make sure you stay tuned until the end!

So, without further ado, let’s get right into the Dream Raiders: Empires best heroes you can add to your team! 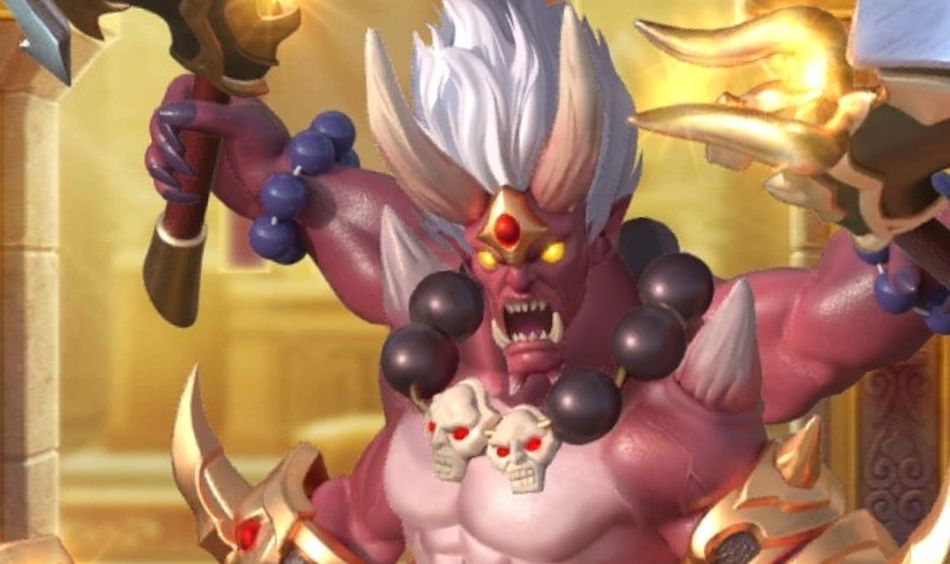 – This hero is good for the debuff which increases the damage dealt to enemies, as well as for his defensive stats (Physical Defense and Soldier HP increase). He is also good for the Gold Production increase.

– Archdemon, Sun Wukong for Castle Wall Endurance (good for defending the base) 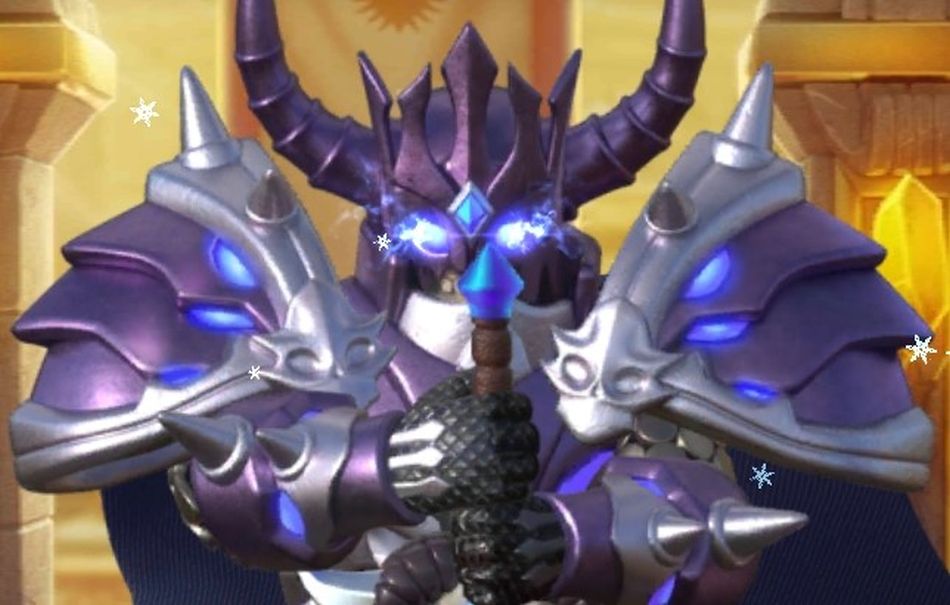 – He is one of my all time favorites, as e can do massive AoE damage with an extra damage dealt to Demon enemy units. He is an overall balanced hero who offers both damage and defense, so that makes him top tier in my list of favorite heroes.

– Death Knight, Mario, Zeus for increased Physical attack (good for when you have team members inflicting physical damage, but not that easy to obtain all 3 of them)

– Death Knight, Hellfire for increased Demon HP (a little defensive, but I am not a huge fan of this synergy bonus – unless you have full Demon team) 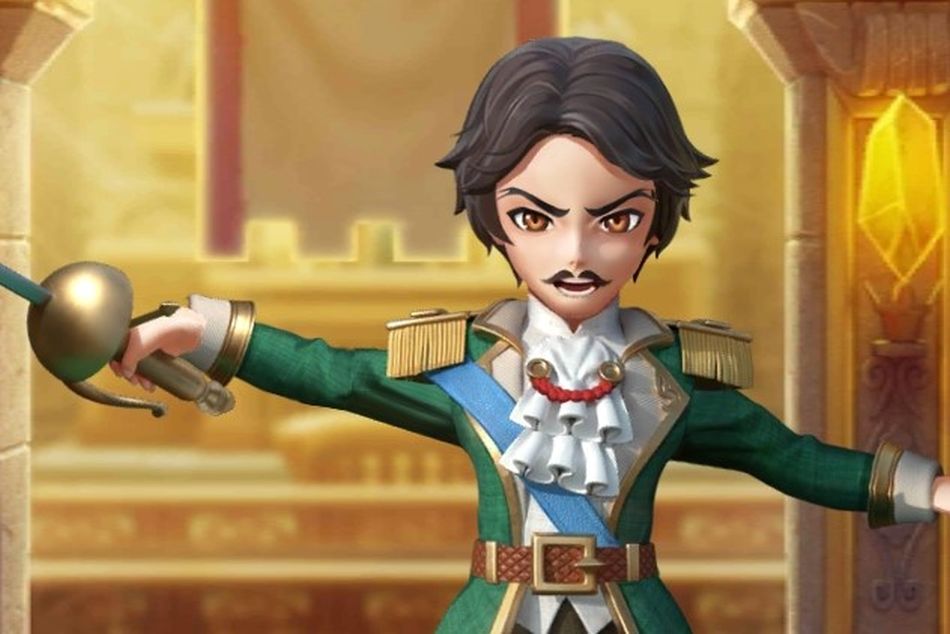 – Peter the Great is not among my favorite fighting heroes, but when it comes to building, he is among the best heroes. His fighting skills are not very impressive in my opinion, but his Castle Wall building speed increase and Construction Speed increase are top notch. I would definitely recommend getting him for that if you want to quickly upgrade or build new and old structures.

Best Synergy for Peter the Great:

– Peter the Great, Oda Nobunaga is an amazing synergy for increasing the Stone Production. (I definitely recommend pairing the two if you are short on stone) 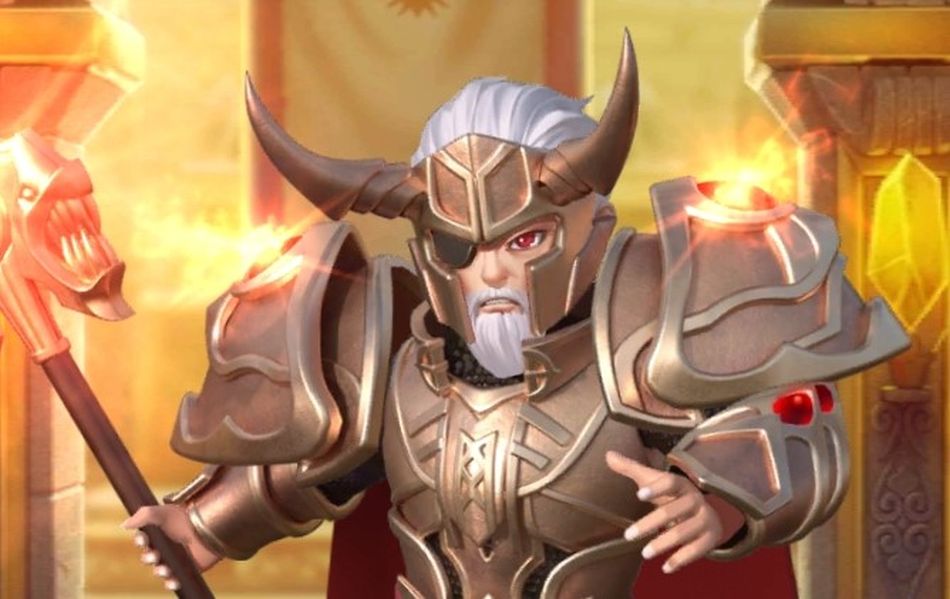 – I like Odin pretty much when it comes to various things, as he is a… let’s call it “multi-purpose” hero. Odin can shield an ally with low HP, providing pretty decent defensive abilities, as well as an extra Physical Damage reduction to further make the team more defensive.

Odin can also play his part in the PvE part of the game, increasing the Training Speed and Timber Production by quite a bit.

– Odin, Sun Wukong for a little it of Warmage Magic Attack (good if you have powerful mages in your team, else it’s not the best)

– Odin, Hou Yi for a decent PvE increase of Food Production (very helpful if you are running low-ish on food, because Hou Yi is not THAT difficult to obtain once you have Odin) 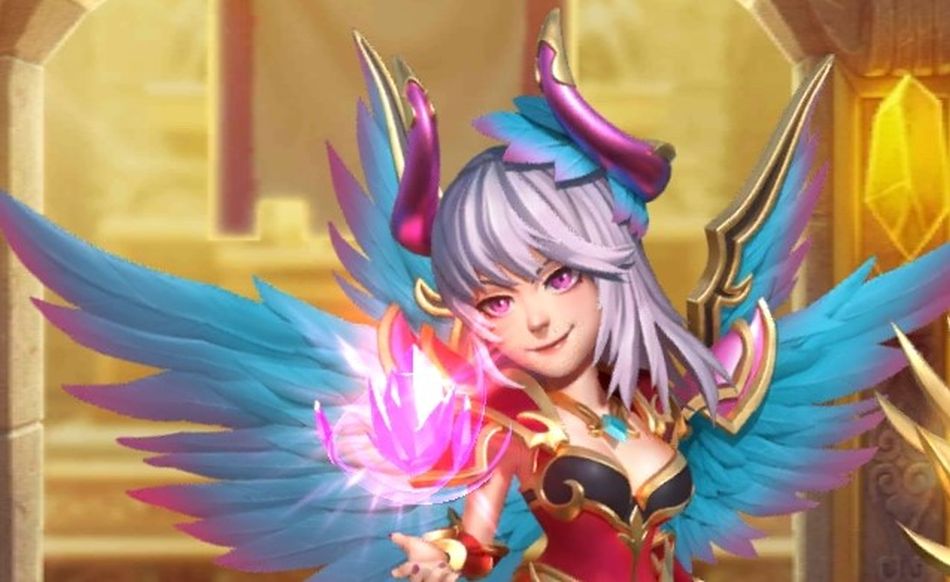 – She is an offensive hero which will make your team super powerful if it’s a Mage team. She can prevent the enemy from gaining Fury and also buff the defenses (both Physical and Magical). Hera can also boost (by quite a lot) the Demon Magic Attack, which makes her super powerful in the right team.

– Hera, Shutendoji, Cleopatra is one of the strongest synergies in the game, because it gives even more Demon Magic Attack.

– Hera, Athena gives Magic Damage Reduction, so if you happen to have an Athena laying around in your inventory, you can use her with Hera (and hopefully Shutendoji and Cleopatra too). 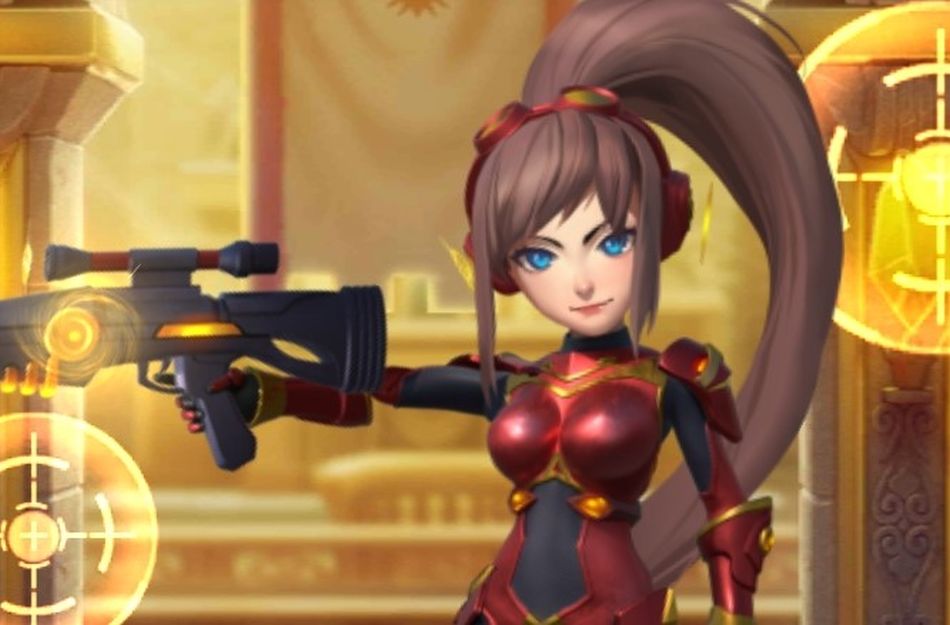 – I kinda like Ghost Agent because she can be acquired relatively easy (at least it doesn’t depend on the Chest and luck alone) and she can be useful, depending on the situation. Her skills will boost the Archers (Physical Attack and Physical Defense) and the Building Speed, so she can work PvE wonders.

Another cool thing about Ghost Agent is that just having her alone will boost the Cavalry HP, so if you have a team of Cavalry and Archer soldiers she can work well with both.

– Ghost Agent, Kato Kiyomasa will give a slight boost to the Prosperity Recovery Speed. It’s not an idea synergy, so it’s not exactly a must, unless you team her up with Kato Kiyomasa and Oda Nobunaga together for the maximum “profitable” team bonus. 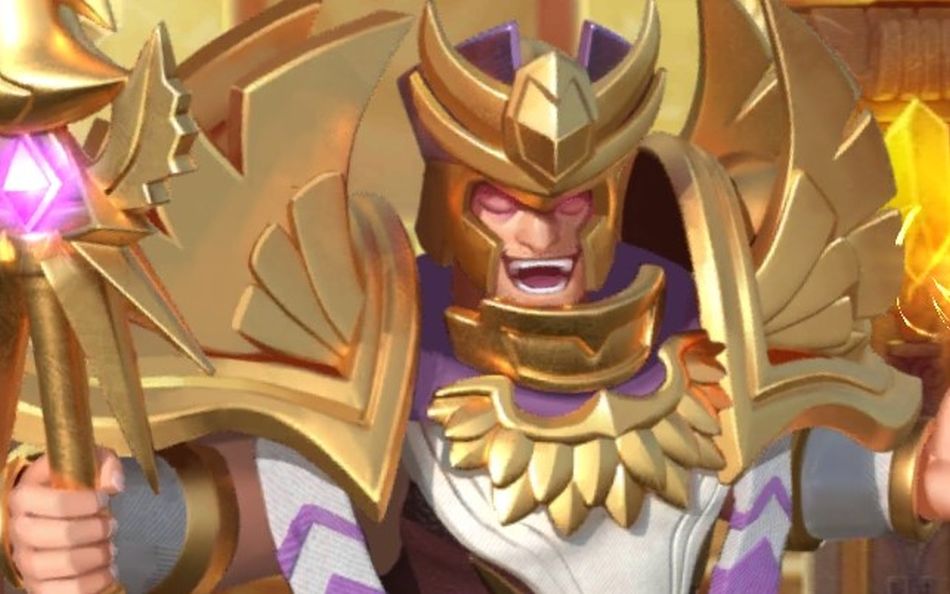 – He is a good fella, as he can be quite powerful on the battlefield. He inflicts big amounts of Physical Damage, with an extra damage to Cavalry. He will also increase the Archer’s Physical and Magic Defense and give a boost to Stone Production.

– Zeus, Hades will boost the Gold production, so if you want a quick and efficient way, this is it! 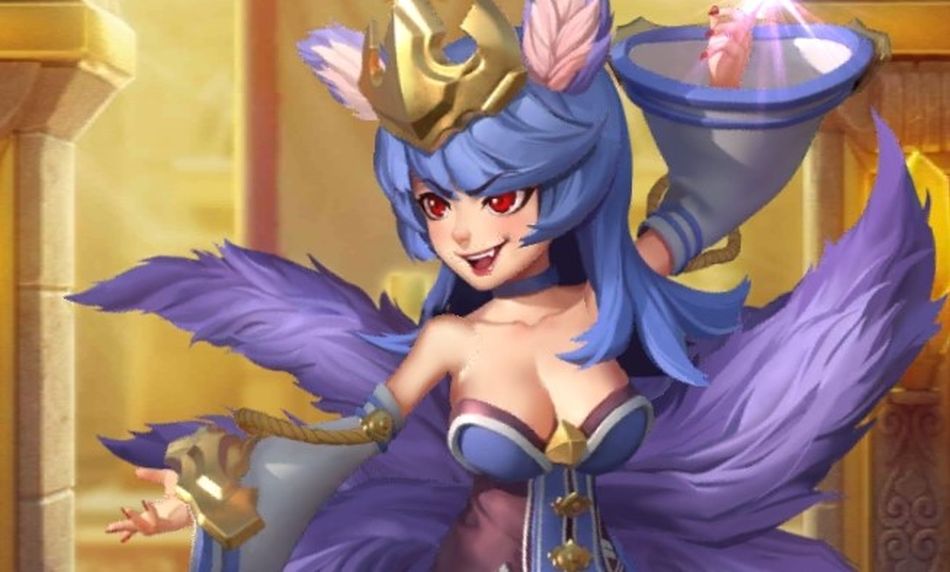 – Nine Tails can be one of the most powerful heroes, because her attacks are very strong and can shred the Archer units fast. She also boosts the Mage’s HP and Magic Defense, while also increasing the troops’ Magic Attack.

This makes her a very, very good addition to the teams which focus mostly on Mages and Magic Attacks.

– Nine Tails, Athena, Yi Sun-Sin to boost the hero Magic Attack even more (it will not be very easy though, because Yi Sun-Sin is also orange, so it’s quite difficult to obtain him). 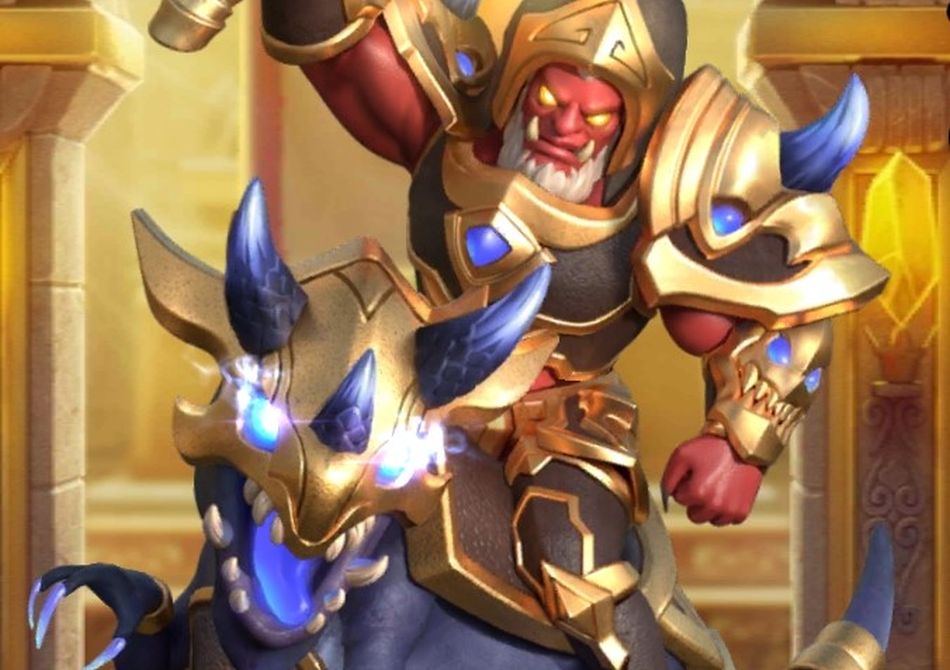 – This hero can be quite quite strong, because of the increase in damage dealt by the army and the Mage Attack and Physical Defense. He also has a powerful Recovery Speed increase, so pair everything he brings with let’s say, Nine Tails’ synergy bonus, you got yourself one of the best armies.

– Wargrider, Mario will increasethe Mages’ HP, but it is not that great – unless you have no other choice (I prefer the Magic Damage increase) 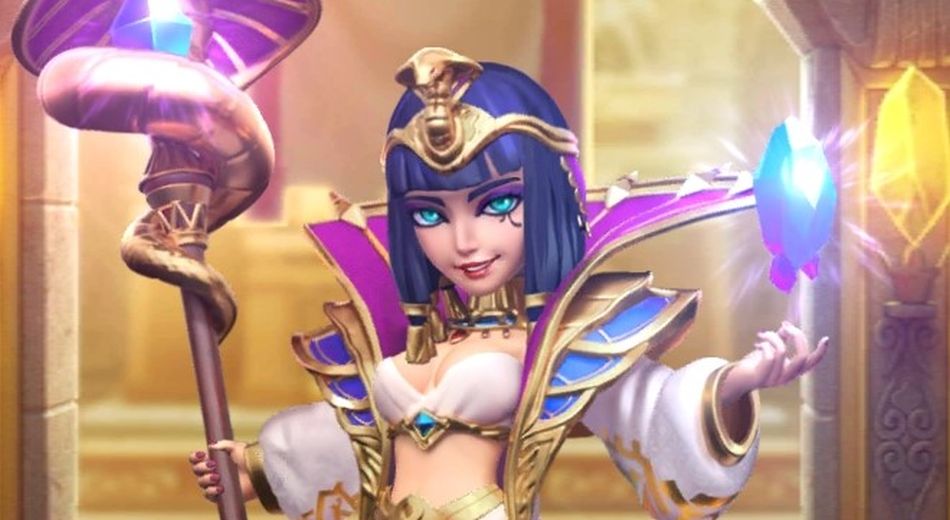 – If you like damage over time, she is your girl – she can inflict Poison on the enemies, which deals damage continuously, so she is a good fighter! She is also good for increasing the Mages’ Physical Defense, as well as boosting the Research Speed and Gold Production.

Overall, she is one of the best heroes you can use within the Castle to boost your income and research, but she will do well on the battlefield too!

– Cleopatra, Alexander the Great will increase the Archer’s HP. It’s not the best synergy out there, but her skills make up for it.

It will all come down to how you best use the orange heroes in your team, and also pair them with purple ones. I would not suggest using the blue and green heroes for longer than needed, because they have no synergy and also aren’t all that impressive.

I would also suggest that you save up 2800 Diamonds to be able to summon 10 heroes. That way you will save up on 200 Diamonds and earn guaranteed a Legendary one. I was lucky enough to get 2 orange heroes, so I believe you could be as well!

If you want to learn more about the game, make sure you take a look at our Dream Raiders: Empires game guide right here, and also check out how to get more Diamonds for free in case you want to save them up to summon 10 times! 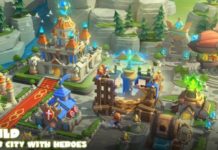 Dream Raiders: Empires: How to Get More Diamonds for Free 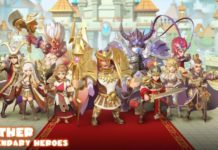