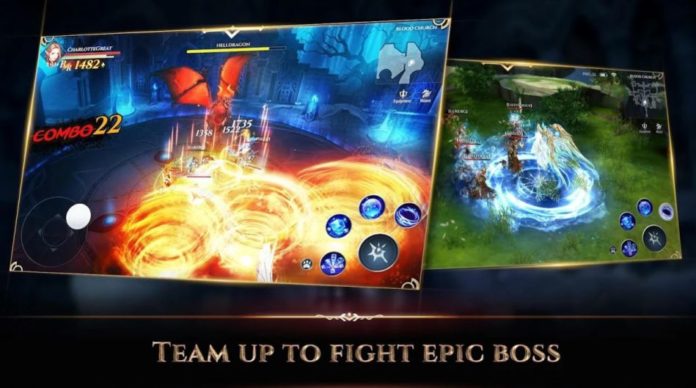 In today’s article we will cover all of the in-game classes in Dragonborn Knight and give you a complete class guide with all of the best classes and all of their features, so you can have a better understanding of each of them, and of course, pick the best class for your play style!

If you checked out our game guide by now, you should know a little bit about the game and how to get better at it, but if you are curious to learn about each class individually and what they do, then you’re in the right place!

So let’s not waste another second and dive right into the Dragonborn Knight class guide right here below!

The Human class is a pretty balanced one, both of its talents following a pretty simple pattern: damage, defense and various other useful traits, which make the Human class good especially if you want to play a tank.

The Humans have two Talents (or sub classes if you want to name them that): Warlord, who is mostly focused on damage, sustainability and immunity to crowd control, and Defender, who is your typical tank class.

They are pretty balanced overall, and their damage is going to be pretty good in the game both early on and later on (especially later on when you get some good gears), so if you add that to their decent sustain, you got yourself a pretty good class overall, which is both easy to play and will definitely keep you satisfied.

The Defender is your simple tank class, which has melee damage and will taunt the enemy into targeting them before the other players. it is not super difficult to play, but it will need you to stay in the front line on the battlefield at all times. Just make sure you build tanky items!

The Elf class is a ranged class which, depending on the specialization, can be either a hyper healer or a massive damage dealer. Overall as a class, it is super good for both a complete beginner and a more experienced player, because it will be a little more forgiving for the beginners, and a massive weapon of mass destruction in the hands of experienced players.

The two Talents, Mage and Cleric both have good stats overall but lack in the defensive side mainly. Since this is a ranged class, it’s obvious that it will be less tanky than a front liner or someone who is supposed to be up front on the battlefield, so make sure that you do your best to stay away from big damage dealers, no matter which sub-class you go for.

The Clerics are your all-in-one support which can heal you, remove debuffs, cast supportive spells and pretty much anything to offer more damage and sustain to the carries of the team. It’s not very difficult to play, but mastering a Cleric might be a tad more difficult than casually playing it.

If you want to master the Cleric for end-game content, you will need to learn and pay attention to your team’s buffs, HP bars and debuffs and always have your skills ready whenever needed. For example, you won’t be a great support if you cast your heals when your team has full HP, then when actually needed, your skills are on cooldown.

The Bloodborn, much like the Elf, has one offensive and one defensive Talents (sub-classes) which both play a big part in the game. The first one, which is mainly focused on damage, will be pretty good for late game fights where you will be able to inflict tons of damage in split seconds.

The supportive sub-class for the Bloodborn is very good in PvP, as it will inflict tons of debuffs on the enemies to keep them in check. Overall all I can say is that it is a middle-ground class – not too difficult, yet not super easy either!

This class has decent melee damage, but with a super high burst speed. They have silences and stuns in their kit so they can provide some crowd control to the team, which makes them good not only in PvE content, but also for PvP stuff too. They are also highly mobile, much like a swift assassin.

Now the Blood Seeker is a support who can do damage. Not tons of it, but considerable amounts. They can also inflict debuffs on the enemies and buff up the allies, all from a safe distance. Unlike the Blood Raiders, they have a high range which I can safely say will keep them safe all throughout the game if you know how to position yourself.

The Dragonborn is basically a dragon girl wielding a huge weapon, no matter which sub-class you would go for. She is a ranged AoE class, which can be either supportive or a massive damage dealer.

As a supporter she can give shields to the allies and heal them, while as a damage dealer she can do pretty high burst damage. I think that as a new player she can be very fun to play and try out, because her kit is overall good!

The Gunslinger will be the damaging class, which is a very good early game damage, since it’s AoE too. She is ranged, which means that she doesn’t have a lot of defense to tank the incoming hits (so she could make use of a good front liner to tank for her).

The Plasma Girl is a supporter who can use energy shields to protect her allies and bring a series of useful buffs to the table. She doesn’t have a ton of damage, but she can offer sustain and is a good addition to a tanky front liner who needs someone to help with the sustain.

These would be all the classes in Dragonborn Knight! For a complete beginner, I recommend Elf Mage or Human Warlord (or Defender) because they are more forgiving! The Elf Mage will bring the safety from the distance, while the Human classes will have some pretty decent defense.

Now for the more experienced players, you probably already know what you want and how you want to play them, so I won’t get into much detail with these. I personally like the Mage for both early and end game, because that is the class I am used to playing everywhere and it’s a pretty strong one overall!

Which class do you like the most? Let us know down in the comments below! Also, don’t forget to take a look at our game guide right here to learn more about the game and how you can become better at it! 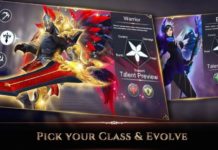