Earlier this week we have reported that Square Enix is going to release ports of the Dragon Quest games on iOS in the near future.

While the news itself wasn’t really susprising, considering the company’s current focus on mobile game, it WAS surprising to see Dragon Quest VIII among the games receiving an iOS port.

Dragon Quest VIII has been released on PS2 a few years ago, sporting a beautiful cel-shaded graphical style that could make the game unable to run on mobile devices.

Today, some new screens of Dragon Quest VIII have emerged online, revealing how Square Enix is actually quite ahead in the development of the port. The game almost looks like the PS2 version and rhat’s really an accomplishment. The only difference will be in battles, where the smaller sprites will make the game look more like the first entries of the series.

Square Enix has also revealed that the game will be played in tall screen mode. Players will be able to use a virtual analogue stick to move around and explore the vast world of Dragon Quest VIII.

Even though S-E has yet to reveal if the game will be released in the West, a few reports confirm that the Amazon Games Twitter has recently mentioned the game, together with Final Fantasy VI iOS. Amazon Games never talks about Japan-exclusive games so there’s a good chance that both Square Enix role playing games will be released in North America and Europe too. 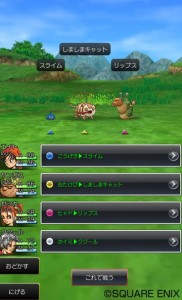 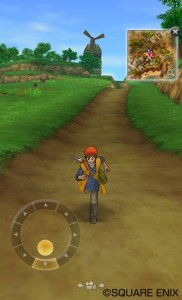 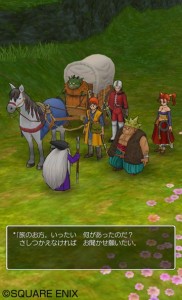