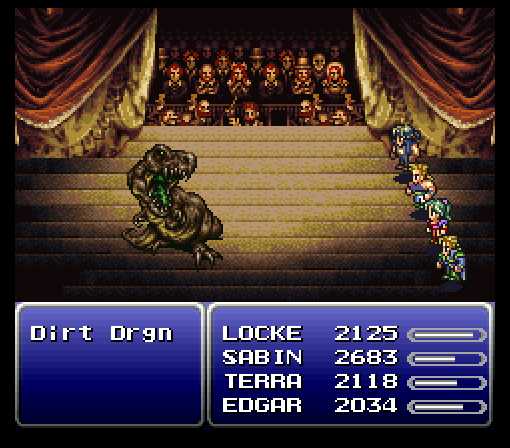 Final Fantasy VI is one of the best entries of the Final Fantasy series, as all those who have had the pleasure to play it can confirm.

Square Enix probably thinks that not enough people have played the game, though. This is why the Japanese company will be releasing the game in Japan on iOS devices this Winter, with a Western version surely coming some time after the Japanese one.

Players who have found the original game too difficult will also be happy to know that the game will be tweaked so that it will require less grinding.

The good Final Fantasy news don’t end here. According to Square Enix producer Takashi Tokita, the company wants to release the highly successful Final Fantasy VII on iOS as well. Everything depends on how well Final Fantasy V and VI perform on iOS in the long run.

You want to play Final Fantasy VII on your iPhone or iPad? Then buy all the latest Square Enix releases and hope that more gamers will be doing the same.

Final Fantasy VI will be released on the App Store in Japan before the end of the year. All the other versions of the game should be released some time after the Japanese one.