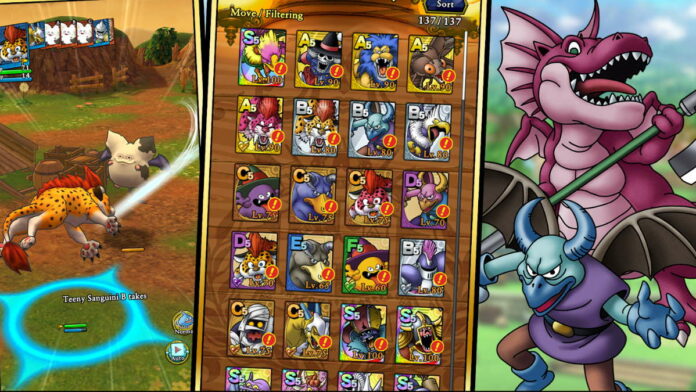 There are tons of monsters to choose from in the wonderous world of Dragon Quest Tact, the latest mobile entry in the legendary JRPG series. As the case with most Japanese mobile games, Dragon Quest Tact is a gacha game meaning that the most astute players will probably spend the first few hours of the game rerolling their account to get a desirable first-time pull. In our Dragon Quest Tact reroll guide, we’ll walk you through all the steps to reset your game and set yourself up for a fresh roll!

How to Reroll in Dragon Quest Tact

Dragon Quest Tact is a turn-based strategy spin-off of the long-running Dragon Quest series. The series’ monster design has withstood the test of time, and even if you haven’t played the games yourself, you may already recognize a lot of the monsters like the iconic Slime with the big smile.

As such, Dragon Quest Tact feels like the perfect game to have a gacha system in. There are tons of monsters to choose from, and the most powerful monsters are locked behind the random chance of gacha pulling, or as this game calls it “scouting”.

To perform your first free scout, you’ll need to play through the story mode, but don’t worry – you only need to reach chapter 2, episode 1 in order to unlock scouting. Upon clearing this episode, the tutorial will walk you through your first scout, free of charge of course.

You can scout up to five S-rank monsters in this scout, though you’ll usually end up with one or two if you’re lucky. If you don’t pull at least one S-rank monster here, we recommend rerolling, though it’s up to you as you’ll have another – and easier – way of getting an S-rank monster later.

Dragon Quest Tact makes it extremely easy to reroll. On the title screen, tap on the Data Management button and then Delete Play Data. This will completely wipe your account and start you fresh, and even better is that you’ll be given the option to skip the tutorial, making the process lightning fast.

Once you claim your freebies and amass 3,000 gems, you can take a crack at the Killing Machine SP Scout banner with the “retries available” listed on the corner. As the name suggests, this banner has a increased rate for the S-rank monster Killing Machine and you’re given unlimited free retries on rolls if you don’t like your selection. Aim for at least one other S-rank or two if you’re patient.

If you don’t care for the Killing Machine, the Regular SP Scout banner works fine as well. This banner has an equalized chance for all the S-ranks, so this is the banner to choose if you are going for any kind of S-rank monster. Just keep in mind that this banner has no retries, so you’ll be stuck with whatever you pull on the first roll.

Optionally, you can also clear all of the Beginner Missions, which will reward you with a free S-rank Scout Voucher. This will net you a random S-rank monster, so it might be worth sticking around until you see what you get from this voucher.

And there you go! You should be able to get a few S-rank monsters right off the bat with enough patience, which is a strong start to take you through most of the story. If you have any other tips or tricks to share, let us know in the comments below!