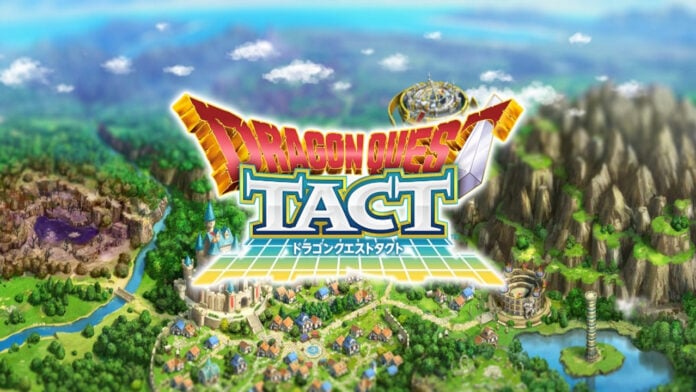 After a very long wait, Dragon Quest Tact has finally been released globally on the App Store and Google Play Store, allowing fans of the series to finally enjoy and fully-understand the new gameplay experience featured in the game.

As Dragon Quest Tact is a very different game from your usual Dragon Quest game, some players may have a hard time picking up its different mechanics. And if you’re among them, you have adventured to the right place: here’s a few tips and tricks to help you get started in Dragon Quest Tact

Leveling up characters is standard practice in role-playing games, but many modern games put greater emphasis on equipment or skills, rather than levels. This is Dragon Quest we are talking about, though, and leveling up monsters is the only real way to make them stronger. You will be getting many XP Scrolls during your adventures, so make sure to use them on your favorite monsters to level them up quickly and make them ready to face the dangers ahead.

Dragon Quest Tact features a variety of different monsters with unique abilities, and putting together an effective team can be complicated. As a general rule, you want to go with a balanced team featuring both offense-oriented monsters and those that can provide support. Also, make sure to pick a leader with strong Active Perks, powerful skills that can make quite a difference. You can also build a team that works well with such perks, or one featuring monsters from the same family. Possibilities are endless in Dragon Quest Tact, as long as you have monsters that can support the team effectively.

Auto Battle is a great help in completing quests much faster. Generally, the AI has no trouble handling battles competently, but you should take control if you see a treasure chest on the battlefield, as the AI-controlled monsters will ignore it. Just take back control for the time needed to open the chest and then revert back to auto-battle to complete the quest quickly.

Story progression is all well and good, giving some nice rewards for completing quests, but you should not ignore all the non-story quests that become available daily. In truth, you should primarily focus on them if you can only play for a few minutes: Story Quests will always be available, but every other non-story quest is only available for a limited time. As they hand out some decent rewards, it is always a good idea to complete them as soon as they are available.

Dragon Quest Tact features different types of currencies, but the most valuable of them all are Gems. Gems can be used to purchase a whole lot of different things, but you should save them to purchase x10 scout from the Swap Shop, as getting better monsters should be your top priority until you have managed to put together a top tier team

Gems are obtained in a lot of different ways, and you will be getting some of them by just logging into the game daily. If you want to earn more of them more quickly, you should always complete the challenges available in Adventure Mode. These challenges are usually pretty quick to complete, so make it a focus when you’re progressing the story.