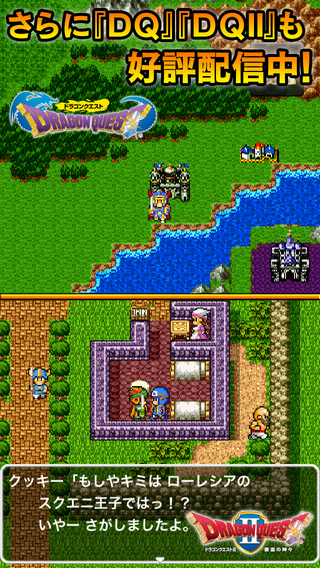 Another classic entry of the Dragon Quest series is finally available on the App Store.

Dragon Quest III is the third entry of the role playing game series created by Enix years ago. The game has surfaced on the Japanese App Store a few hours ago, allowing Japanese gamers to enjoy one of the best entries of the series on the go on their iOS devices.

Although a Western release date has yet to be confirmed, the game should be released in the very near future in all territories, as Square Enix confirmed a few weeks ago that more entries of the series would be available on the App Store soon.

Dragon Quest III iOS is based on the SNES and GameBoy Color releases of the game, featuring improved graphics, gameplay tweaks and an extra dungeon. The game, just like the other Dragon Quest games now available on the App Store, can only played in portrait mode.

Dragon Quest III is now available in Japan. We will let you know more about the game’s Western release as soon as possible so stay tuned for all the latest news.