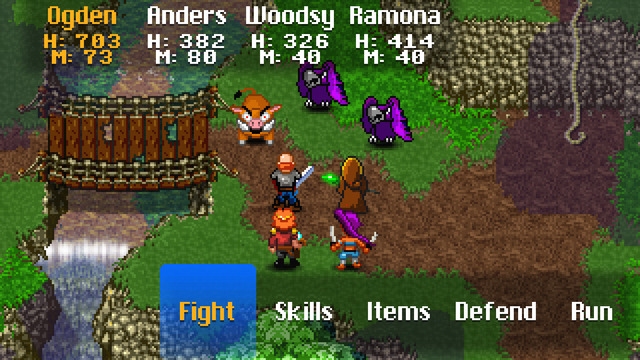 Some time ago a retro inspired role playing game called Dragon Fantasy Book I has been released on the App Store. The game is definitely one of the more interesting role playing games now available on the App Store thanks to its gameplay experience, settings and mechanics which are all influenced by the classic entries of the Dragon Quest and Final Fantasy series. A sequel to the game has been released on PlayStation consoles a while back and now it’s finally available under another name on the App Store.

The original Dragon Fantasy has received a few updates following its release. The 2.0 update released two years ago added some new graphics options as well as new achievements and content.

Dragon Fantasy: The Black Tome of Ice is now available for purchase on the App Store in all regions.