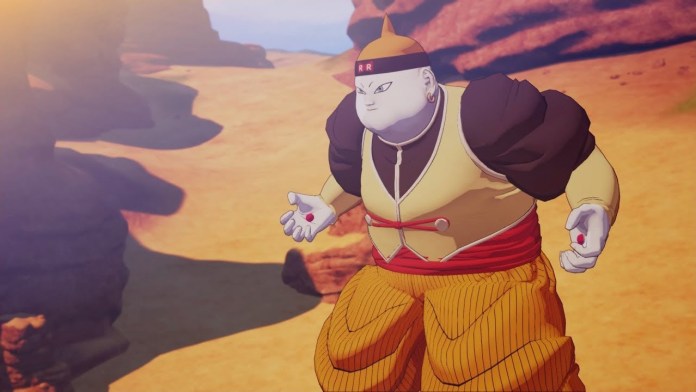 At the start of the Cell Saga in Dragon Ball Z: Kakarot, the Z Warriors are warned by Trunks that powerful Androids will appear in the world three years from his own arrival to wreak havoc in the world and kill most of them. As such, Goku, Gohan, Piccolo, and everyone else have undergone rigorous training that has allowed them to increase their combat power and even the field with the Androids.

Training seems to have been very effective, as Piccolo has no trouble taking down Android 20. Things, however, seem to be different for Goku, as the effects of his heart disease impact his combat performance and make his fight against Android 19 more difficult than it should have been.

How to Defeat Android 19 in Dragon Ball Z: Kakarot

You will fight Android 19 twice during the Cell Saga, the first time using Goku and the second time using Vegeta. The boss uses the same special attacks during both battles, so you can use the same strategy in both fights and emerge victorious.

Like Android 20, Android 19 has the power to absorb all Ki attacks, both regular and special, so when this ability is active, only use melee attacks to prevent the enemy from healing his health.

The only other super attack to watch out for is the Spiky Headbutt, a powerful charging attack that you have to dodge to the side at the very last second. If you do so successfully, Android 19 will be open to your attacks for a few seconds, where you can go for a slightly longer combo before he breaks out of it.

As already mentioned, Android 19 comes with the same moves in both fights, only that he will be much stronger when you fight him Vegeta. Be even more careful of Spiky Headbutt and Absorption, and you will have no trouble taking him down again.