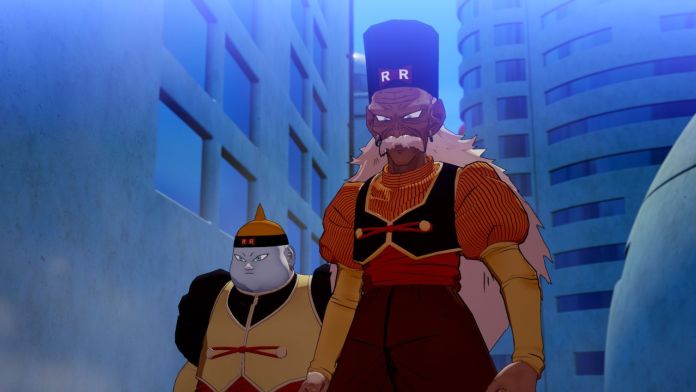 Three years after Trunks defeats Frieza for good and warns the Z Warriors about the Android menace in Dragon Ball Z: Kakarot, the two Androids indeed make their appearance on an island to the south. The long years of training, however, have allowed the Z Warriors to become much more powerful, so much that they may not need Goku to save the day again.

Here’s how to defeat the first of the Androids, Android 20.

How to Defeat Android 20 in Dragon Ball Z: Kakarot

Android 20 is fought once during the Cell Saga, and you will be controlling Piccolo for this fight. The Android is far from being the most powerful boss in the game, but you will have to watch out for his restorative abilities.

Android 20 is a very unique boss as it is capable of restoring his health using two special abilities – Absorb and Energy Drain. The former allows him to absorb any Ki-based attacks, including long-range special attacks, and turn them into health, so avoid attacking him when he is in this state and use this downtime to restore your own Ki or enter Surge Mode. The latter, however, is considerably more annoying to deal with, as it is a short-range attack preceded by charging that has good tracking capabilities and is difficult to dodge. Try to get as much distance as you can from Android 20 to outrange him and make him miss.

Given how Piccolo, at this point in the story, has some amazing long-range attacks, it is better to fight Android 20 from a distance using them, so as to avoid getting caught by Energy Drain by surprise. Always keep your focus, attack when an opening presents itself and the Android will be defeated.