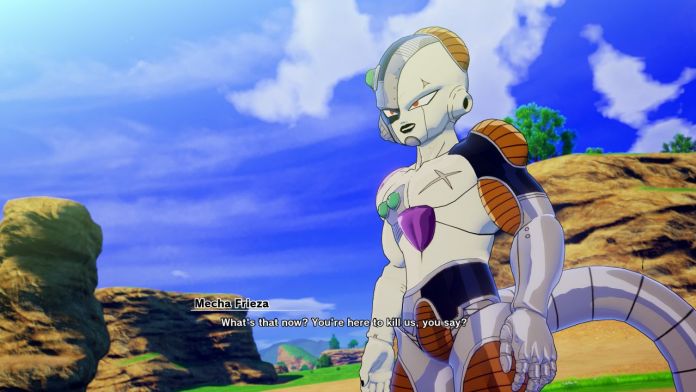 Defeating Frieza in Dragon Ball Z: Kakarot is a big accomplishment, but you are hardly down with the Galactic Emperor, or his family, as he survives the destruction of Planet Namek and heads to Earth to kill Goku and have his revenge.

Here’s how to beat Mecha Frieza without too many troubles.

How to Defeat Mecha Frieza in Dragon Ball Z: Kakarot

You will fight Mecha Frieza at the start of the Cell Saga, and you will be controlling Trunks for the first time. The character is quite powerful and will start the fight in Super Saiyan form, so you won’t be losing Ki gradually as you fight Frieza for the last time.

This battle is meant to teach you how to control Trunks, so it isn’t particularly difficult. Frieza uses the same attacks and patterns he did in the previous fight against him, so make sure to attack briefly then get away as he charges Ki. In addition, Frieza often uses Death Pummel after he is done with most of his attacks, so wait before going on the offensive when he is done performing a single special attack.

Outside of the regular combo attacks, Trunks also comes with three Super Attacks that are quite strong: two short-range attacks and a long-range one, Burning Attack. The latter is very powerful, but it requires some time to go off, so time it right to avoid getting interrupted.

After a short while, and a few Special Attacks, Mecha Frieza will be defeated for good. But it’s not yet time to celebrate, as Trunks will warn the Z Warriors about a much worse threat: the Androids.