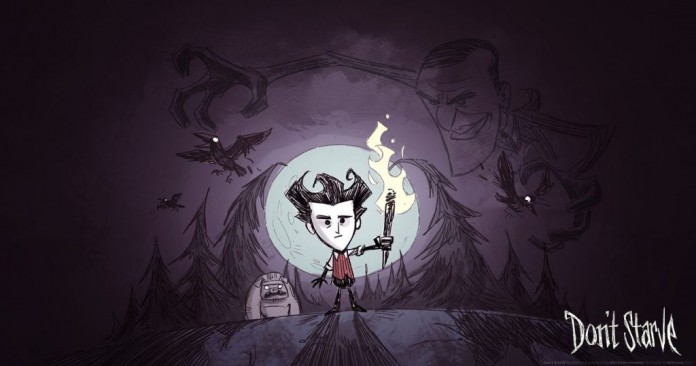 Don’t Starve: Pocket Edition has been launched and we’ve already talked about how to survive Day One and make it count, so it’s now time to sit back, relax, and enjoy life as a survivor… NOT! The truth is that in this game you’re always challenged to do your best in order to survive and we’re here to make that experience a bit easier by sharing with you a set of Don’t Starve: Pocket Edition tips and tricks that will hopefully turn you into an expert survivor.

So let’s not waste any time because nature’s not going to be forgiving: read on for TTP’s Don’t Starve: Pocket Edition tips and strategies!

1. Gather important resources first
Early on, apart from food, rocks are extremely important, so make sure that you start mining them heavily as soon as you find the area (so make it your goal to find the rocks area ASAP). Build up from there on, since you will now have a Fire Pit and better tools to make your life easier.

2. Be a chicken
In other words – try to avoid fights at least early on in the game. You will take too much damage and the items that you might get after defeating an enemy (IF you defeat them) won’t help you early on. So if you attract an attacker, simply run away until they stop following you. And to make things easier, stay away from Spider nests, Bee Hives and Pigs early on…

4. Find a place for your home base
I usually call this my first base, because it’s very likely that you will find, later on, a better spot for a permanent base. However, it doesn’t hurt to have two bases for those long trips you have to take every now and then.

Ideally, you should set up camp near a Pig Village or even near the Elk-like animals, in an area where you have quick access to resources. Don’t spend an awful lot of time on it early on, just build it where it looks best after a few days, because you will most likely find a better spot after you completely explore the surroundings.

5. Cook your food and don’t let is spoil!
Cooked food is a lot better than raw food, so try to cook your food whenever you have a chance. Don’t carry around too much food either (like carrots or berries) because they spoil and you just waste food. On the other hand, food won’t spoil if left in the bushes, so always take what you need. Have a few seeds on you just in case something unexpected happens and you need some quick food.

6. Build your weapons and armor
You will have to prepare for encounters with the dangers around eventually, and for that you need armor and weapons. Research everything you can and build up armor and weapons to stand a chance when running is no longer an option.

7. Learn how to get more food
Rabbits, for example, can be easily hunted if you attack them from the direction of their rabbit hole. Birds are easy prey at night if you go out with a torch and catch them sleeping. Usually for every difficult type of animal that you encounter, there’s an easy way to get all of its advantages.

8. Always be prepared
Make sure you always carry with you the requirements to make fire and enough food to last you at least one day. You never know when danger strikes and you won’t be able to make it back to base in time, so having the items required for fire and food might save your life on numerous occasions!

These are for now our tips and tricks for Don’t Starve: Pocket Edition. Do you have more advanced strategies to share? Let us know by commenting below! 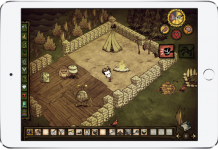 Don’t Starve: Pocket Edition To Get Universal Update This Week 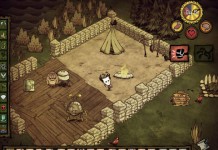 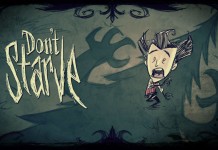