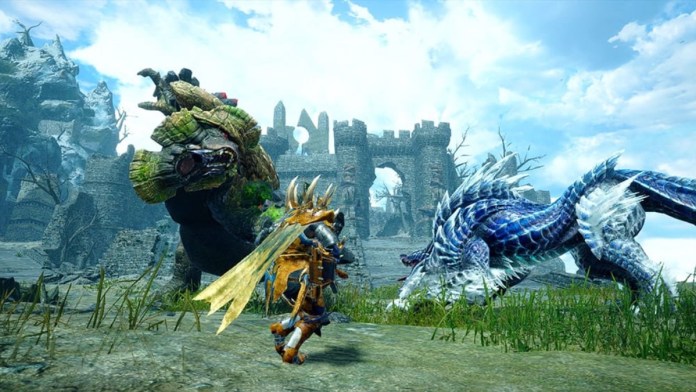 The release of Sunbreak, the DLC for Monster Hunter Rise, is just around the corner and players everywhere are scrambling to get ready for the launch of this exciting new expansion. Monsters such as Gore Magala will be returning. Since Sunbreak seems to canonically take place after the events of Rise, some are wondering if there are any prerequisites in order to access Sunbreak. In order to play the DLC, this is what you must do. Here is if you need to beat Monster Hunter Rise to unlock Sunbreak, answered.

The short answer here is no, you do not need to beat the game in its entirety because technically speaking there isn’t really an endgame in Monster Hunter Rise. However, there is a point of completion you need to do in order to unlock the content of Sunbreak. Monster Hunter Rise technically has three stages of bosses – there’s Magnamalo which is the midgame boss, Narwa and Ibushi, whose defeat marks the end of the main story, and then various elder dragons which are unlocked when you get to certain hunter rank levels.

What You Need To Play Sunbreak In Monster Hunter Rise

You do not need to beat any of the postgame monsters to play in Sunbreak. You do, however, have to defeat Narwa and Ibushi, specifically the 7-star hub quest Serpent Goddess of Thunder. This and having at least 13 gigabytes of free space are the only things you need in order to play Sunbreak.

How To Complete The Story Fast In Monster Hunter Rise

If you’re somewhat behind but still want to finish in time for Subreak’s launch, try to stick to doing hub quests, as finishing these will allow you to complete the story faster than if you were to do just village quests. Try to do them with a group if possible, as they are significantly harder than village quests. If you’ve already finished the requirements, take this time to grind out your hunter’s rank so that you can be strong for the new opponents in Sunbreak such as Malzeno.

To sum up, as long as you have beaten the 7-star hub quest Serpent Goddess of Thunder, you will be able to play Sunbreak. The DLC launches on June 30th, so stay tuned as we cover more aspects of the new content.

Do You Need To Beat Monster Hunter Rise To Unlock Sunbreak? – Answered