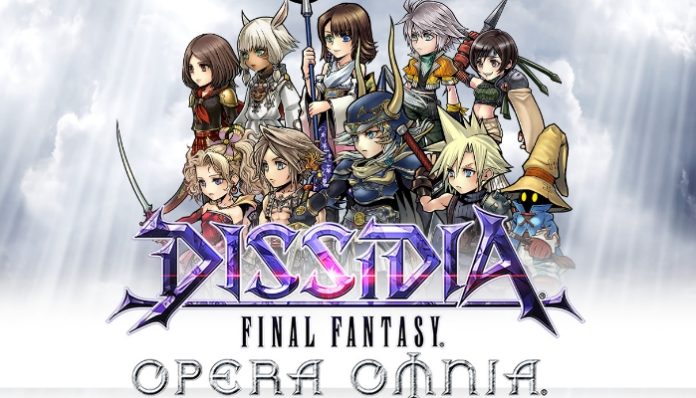 The explosive Final Fantasy mash-up side series Dissidia has finally made its mobile debut in the form of Dissidia Final Fantasy Opera Omnia! Crazy name aside, this takes the mechanics of the Dissidia fighting game series and puts a classic turn-based RPG twist on it.

You’ll be BRV and HP attacking with popular heroes from all across the Final Fantasy universe! Our Dissidia Final Fantasy Opera Omnia cheats and tips will show you all the tricks to get through this dream collaboration!

Bring the right heroes for the job!

Before you can jump into a site, you can tap on the Enemies tab to know what you’re going up against. The tutorial goes over this briefly, but this information is invaluable when deciding which heroes to bring.

The first and most obvious thing you should note are enemy elemental weaknesses. When using elemental BRV attacks against an enemy’s weakness, you’ll deal dramatically increased damage making BRV breaks much easier.

The second thing you should keep in mind are enemy abilities. Some enemies don’t just attack you but will sometimes employ special abilities. Beware of enemies that inflict status ailments and use buffs on themselves! If you have heroes with abilities that counteract enemy abilities, be sure to bring them along.

Each battle has three optional missions that you can complete. One of them will usually require you not to let any of your heroes be KO’d, and another one will make you clear the battle within a certain number of turns. The last mission can vary, but the one you’ll see the most will ask you to inflict a certain number of BRV breaks.

Clearing a mission will reward you with some goodies, usually gems. You can also get upgrade materials, so it’s worth it to do all the missions for each battle.

Get a high score!

You’re scored during battle, and each battle has a certain Target Score to reach. If you hit the Target Score, you’ll be rewarded with goodies, again usually gems. Score is calculated from three different factors, and the first one is turns. Try to complete battles as fast and efficient as possible. You’ll most likely fulfill the mission requirement as well while trying to do this.

The second factor is HP damage taken. If you’re noticing that you’re taking HP damage in a lot of battles, try bringing a hero with a healing ability. HP damage that is recovered from abilities doesn’t affect your score, so keep that in mind.

The third and final factor is BRV breaks taken. Try not to let any of your heroes get BRV broken. Pay attention to the turn order and be sure not to HP attack with heroes that are about to be targeted. As long as you’re paying attention to the turn order and who is going to be attacked next, you should be able to avoid BRV breaks for the most part.

When a piece of gear is limit broken, its base stats and level cap will increase, making it more powerful. If you can manage to limit break the same piece of gear three times, you’ll unlock its passive ability, but the best part is that it separates from the gear and can be equipped by heroes.

You should try to limit break your gear as much as possible, but be wary of doing it early on. Limit breaking gear costs a bit of gil, so watch your pockets before you commit to a limit break. Additionally, once your gear library starts to expand, you don’t have to limit break low rarity gear. Instead, just opt for the higher rarity gear with better base stats.

Enter the World of Illusions!

After clearing the first area, you’ll gain access to the World of Illusions. This is a special area where you can take on powerful enemies in return for rare items. The materials you need to strengthen your summons can be found in here, so be sure to check it out once your party is strong enough.

That’s all for Dissidia Final Fantasy Opera Omnia. If you have any other tips or tricks to share, let us know in the comments below!