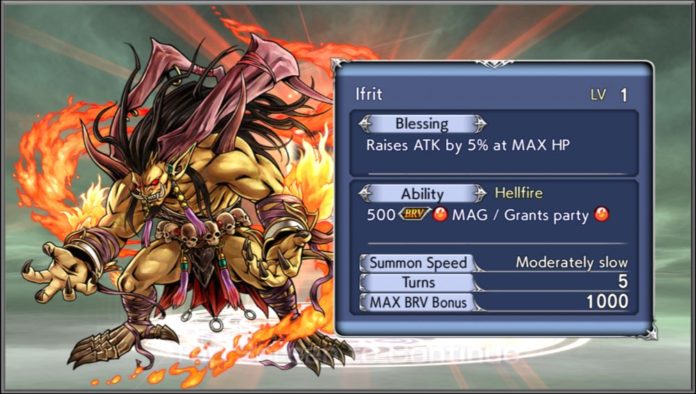 Previously exclusive to Japan, Dissidia Final Fantasy: Opera Omnia has now arrived on Western shores. The mobile spin-off of the Final Fantasy franchise brings together the protagonists and antagonists from across the most popular instalments – including favourite Cloud Strife for a bit of Buster Sword toting action.

The game’s storyline fills in more of the Dissidia Final Fantasy history, sitting alongside the PSP and PS4 entries on the timeline. At the outset, the famous characters are recuperating in Opera Omnia, a world created by two gods, Spiritus and Materia, to provide relief from endless battle. The peace and quiet comes under serious threat when monsters exploiting dimensional rifts start seeping it, claws out. Now it’s up to you and your plucky band of warriors. Help the adorable moogle restore Opera Omnia to its former glory, battling creatures great and small across continents. 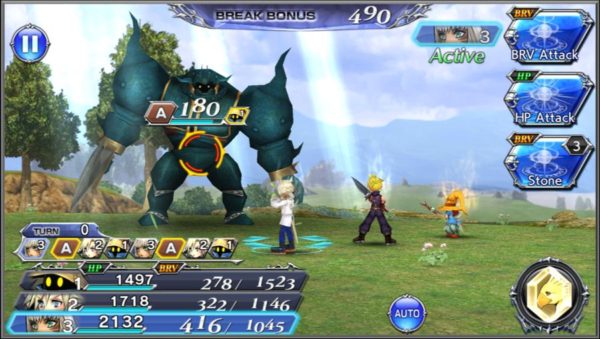 Fights are turn-based, as per JRPG tradition, with hit points popping up on-screen. The Bravery bar is an additional element. The more special attacks you deploy, the more Bravery you build. You can use this to unleash a more fearsome strike on your opponents. You can play single player, or test your mettle side-by-side with friends online.

The game, developed by Team Ninja of Ninja Gaiden fame, adds another chapter to the Final Fantasy franchise whilst bringing its appeal to the mobile platform. Rekindle your love affair with Japanese RPGs, and slay multidimensional beasts while you’re at it. You can download Dissidia Final Fantasy: Opera Omnia for free from Google Play and the App Store.