Usually, games based on movies are crappy. Fortunately, today we’re face to face with a despicable exception, Despicable Me: Minion Rush from Gameloft, an extremely pleasant surprise showing us that the Endless Runner genre can be taken to a whole new level and proving those who thought that it was a maxed out genre – myself included – that there’s a lot of room for improvements.

Based on the Despicable me characters, Despicable Me: Minion Rush puts you in charge of a Minion with one big wish: that of becoming the minion of the year. In order to to that, he has to prove that he’s got the skills and here’s where you will jump in. Slide the screen left and right to control the path of your minion, swipe up to jump and down to roll. So nothing new for now, right?

Well, there are a lot of things that Despicable Me: Minion Rush brings new to the genre. First, we have boss fights! Yes, every new area comes with a new boss to defeat after you get far enough and these battles are the icing on the cake: the view changes from the classic endless runner view into one that shows you what’s happening behind the character. And what happens there is intense action: the bosses will throw drones and robots running towards you and you will have to avoid them by changing lanes. At the same time, some of the drones can be tapped and thrown back at the bosses, meaning that your skill level will be tested to the maximum. Fortunately, the fun levels are also increased by this! 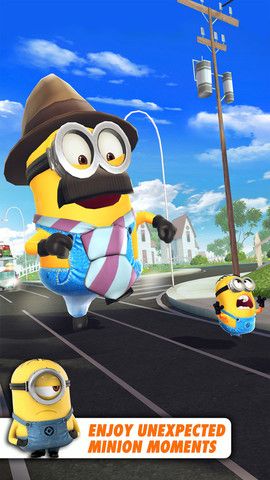 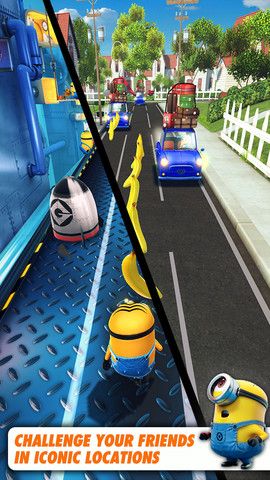 And this is not the only innovation brought to the genre by Gameloft! You can also unlock minigames like the Unicorn Rush where you basically guide your minion, riding a rainbow unicorn, to gather as many bananas (the main currency) as possible. Although not insanely difficult, it does offer a change and a welcome break to all that running.

The controls are working flawlessly and I never had the problem of swiping one way and the character moving the other way or jumping or doing something stupid, as it happens in some other endless runners. No, the controls are working great and all you have to worry about is getting better at the game. Which is the difficult part! 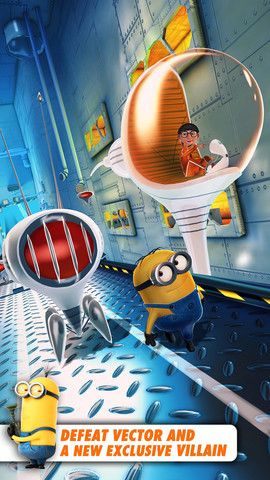 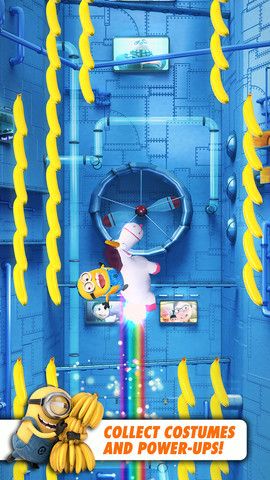 We also have a fair share of upgrades and boosts that can be purchased – either for regular coins or premium currency, but I was happy and actually surprised to see that even though they invite you to buy different premium stuff, Gameloft don’t focus on getting your money, but instead on delivering a high quality, fast paced and extremely enjoyable to watch game. Hattip to Gameloft for doing it right this time!