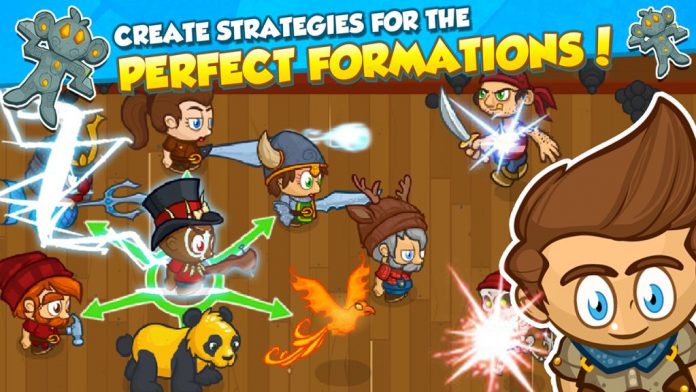 Crusaders of the Lost Idols is one of the best and most addictive idle clicker games available on mobile right now and we’ve already shared a bunch of tips and tricks to help improve the gameplay. But one extremely important thing in the game is choosing the best formation or, better said, the best members for your formation. And I am here to help you with that!

Although there are multiple elements that come into play when deciding what’s the best Crusaders of the Lost Idols formation, some generic rules always apply. And since the game is constantly updating, this guide will help you get the best formation recommendations based on the latest version of the game, after the tweaks and changes of specific Crusaders.

So let’s not waste any time and let’s check out the best formation for Crusaders of the Lost Idols and best heroes to use in battle!

The formation that you will use the most in the game is the triangle one and this article will be mostly about that, even though the same techniques apply to other formations as well. I usually separate the formations in two categories: early game formations and late game ones, the latter being those when you have all the heroes unlocked and available to you.

Early on in the game, we have to take advantage of the bonuses offered by some of the best early heroes (and best overall heroes in the game), specifically Jim the Lumberjack, Sasha the Warrior, the Hermit and the Princess. These are very good heroes for a long time as their overall bonuses improve the DPS of your Crusaders by a ton. Make sure that you position them right in order to get the most out of it. Here is my suggested formation for early game: 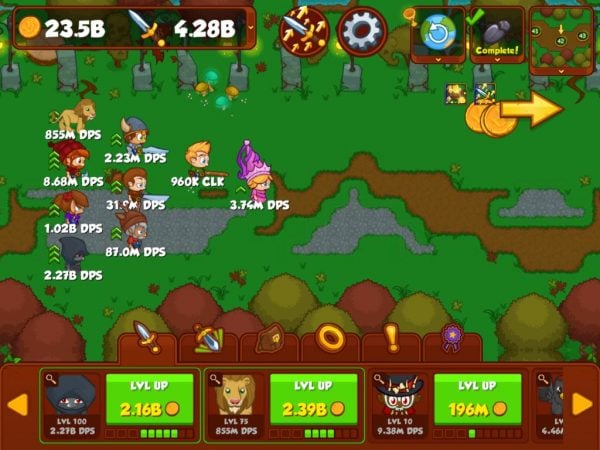 You can make it even better if you are not tapping the screen a lot and replace the Bushwhacker with any hero you have available for a boost of DPS.

There is also an intermediary, mid game formation I can recommend, which follows similar rules but is now optimized for DPS: 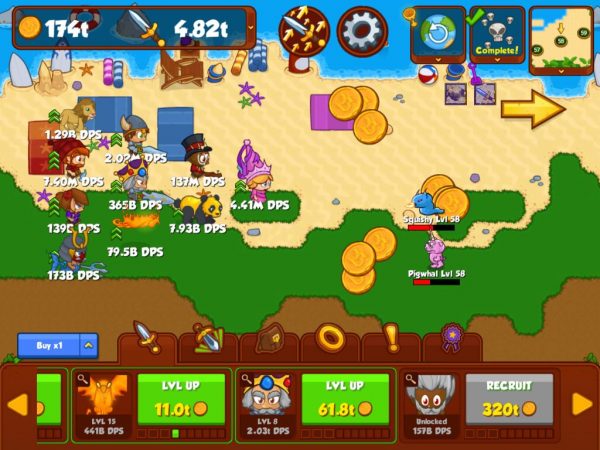 As you can see in the image above, better heroes have been unlocked and replaced the Bushwhacker, as well as the Hermit whose bonus for not having somebody in front of him was no longer useful in terms of total DPS. Jim the Lumberjack is, though, one of the Crusaders that you always need in your formation, while both Sasha and the Princess are useful for a long time.

Now moving forward to late game when you have all the heroes unlocked, things changed a little bit again. Here is my recommended formation: 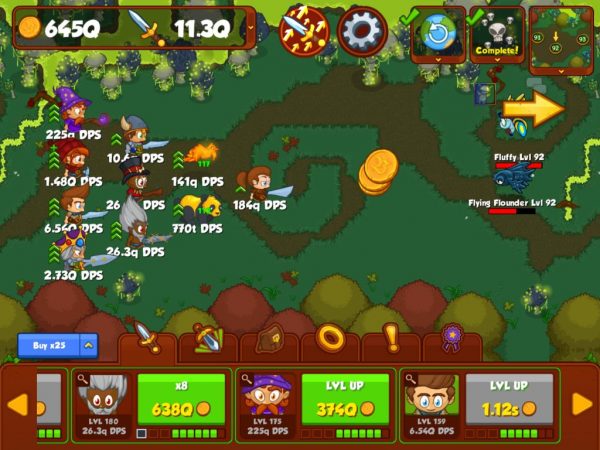 Now it’s mostly the high level heroes that you will be using and they only get better and better. However, I keep Jim in play and I doubt it will ever be worth replacing him with somebody else, while Natalie is there not for the amount of damage she does (although she does get really good after level 300+), but for the bonus she gives to Nate. All in all, this is a really good formation!

There are some other things that must be taken into account when choosing the best Crusaders for your team:

– look at the items they have. Sometimes, some items give amazing bonuses that can change the course of the game and turn a weak Crusader into a really good one.
– number of missions you have completed for Enchantment points matters as well as each Enchantment point gives you 25% more damage for crusader.
– getting this further, you will most likely complete more missions with your worse crusaders since they are not in a formation, and they can potentially get better than the main ones. Always keep an eye on this and test them out in your formation to see what effect they have on DPS.
– sometimes, switching the position of two crusaders between them can mean a huge DPS bonus, so make sure you test out all possibilities.
– finally, after resetting the world, hurry to complete missions that give you enchantment points using your best heroes: even if you don’t have them unlocked for your formation, you can still send them in missions and that’s the perfect time to do so because you don’t have them in your formation so you’re not losing any DPS boost from it!

Do you have other suggestions for great formations to try in Crusaders of the Lost Idols? Let us know in the comment section below! 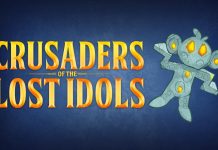