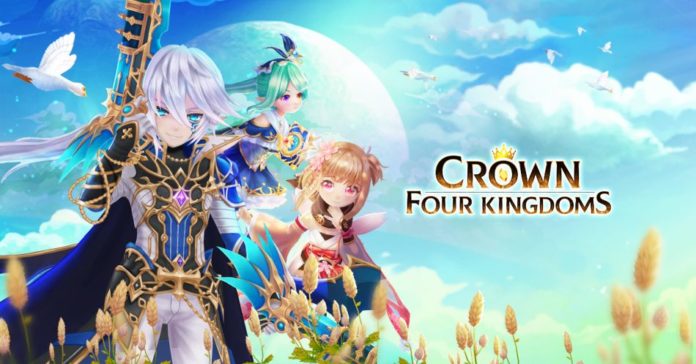 If you tried playing Crown Four Kingdoms and you found yourself stuck at the higher levels, you might want to check out our Crown Four Kingdoms guide, but if you are having doubts about the class you picked, worry not! You can change it as soon as you hit level 30.

And to top it all off, in today’s article we have prepared for you the best class in Crown Four Kingdoms. We are going to tell you all about why it is so good for clearing high level content, and why it is above the others. But before we name it, I have to mention that the choice is based on the stats and the multipliers that best affect this class, and also on the fun factor; how fun it is playing it.

The class we found best for everything in game pre-level 30 is Assassin. As an assassin you will have insanely fast attacks and skills to help sustain you on the battlefield. The best thing about them is the amazing clear speed. With a weapon that has some decent stats you can actually go even without a hero aiding you. 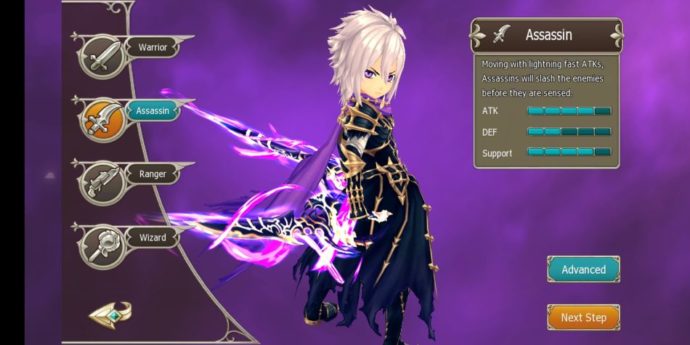 The gears you should keep an eye on are the ones with high Damage, Crit, and if you want more sustainability you can look for HP. Also, before level 30 you don’t really need to focus that much on gears since the base damage of your character will be quite high (although, a good weapon will make it all easier).

The next best class after Assassin is the Wizard (Archmage). With good AoE ranged damage, they are quite good, but are slightly more vulnerable than the assassins. They rely on buffs and elemental damage, while the former class relies on burst damage. So if you are looking for a class with good clear speed but not lightning-fast-speed this is a fun class to play. 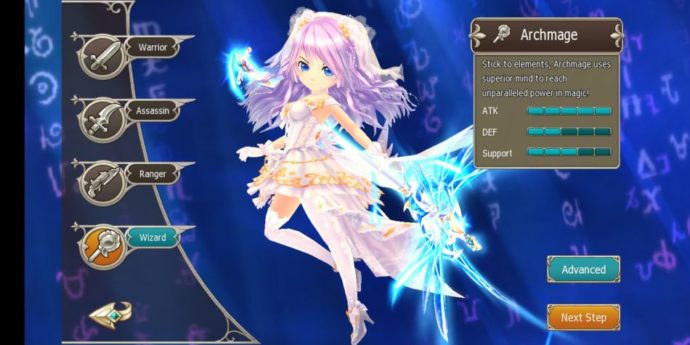 On Wizards you rely on Damage, HP and DEF since you don’t have a lot of sustain yourself (other than the buffs). That’s not all bad, since the first mobs will not be as tough as the late game bosses, so until then you got plenty of time to gear up.

The Warrior is the tanky class, the one with average damage and good defense. They might seem like they have good clear speed at start, but you’re going to have a reaaaally tough time going versus bosses late game on your own if you rely on defensive abilities (because 0 damage). 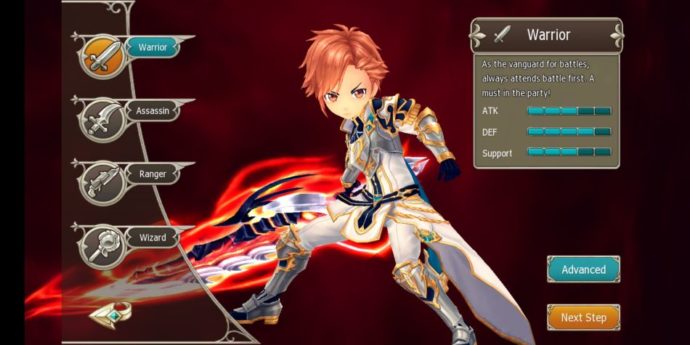 If you choose to play with friends and take the tank role in the Warrior, you should go for DEF and HP. All day, every day. They will be the shield protecting the team from all the harmful effects and attacks. Also, the gears for warriors should be mainly defensive ones, to fully maximize their potential.

Last but not least (well, least too I guess) comes the Ranger. They are quite a weird one, because they are neither damage dealers, nor tanks or supports, even though they tend towards support role.

The fact of the matter is they are none. They are there, and it’s your choice if you choose to play as a Ranger or not. In my opinion, this class isn’t as great pre-level 30 as it is post level 30. So I do not suggest playing as one before because I think you can play something that will be way more enjoyable. 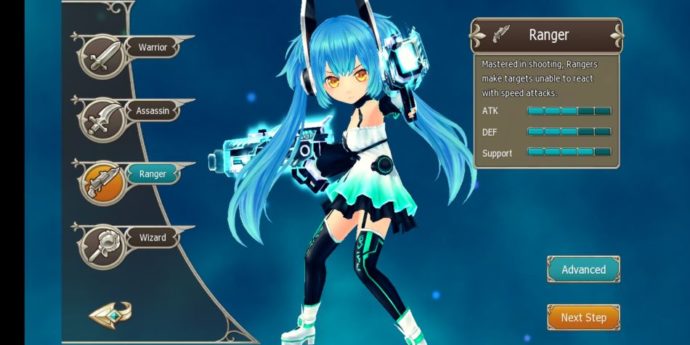 The Brawlers have insane attack damage and their defensive abilities (plus the self-heals) become stronger than before. The fast attacks, short cooldowns and burst damage make them an amazing class for taking down most content in game (especially other players). 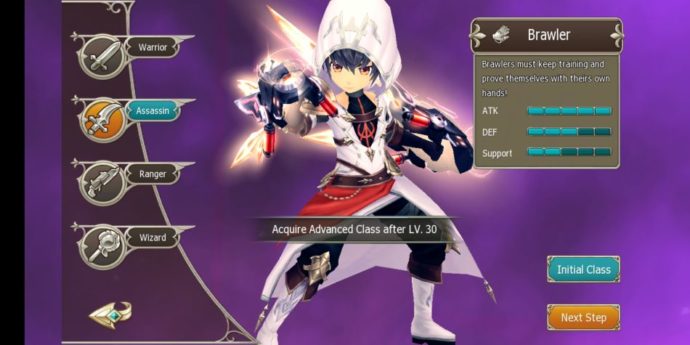 If you want to go as a Brawler after level 30, you will definitely enjoy playing it because it’s fun to see the enemies melt in seconds.

Now the Ranger class starts to shine. Before level 30, they didn’t shine much, but post level 30 the Hunter will pose a great threat on the battlefield. They have insane attack range and damage, and they even have some skills to support the allies! 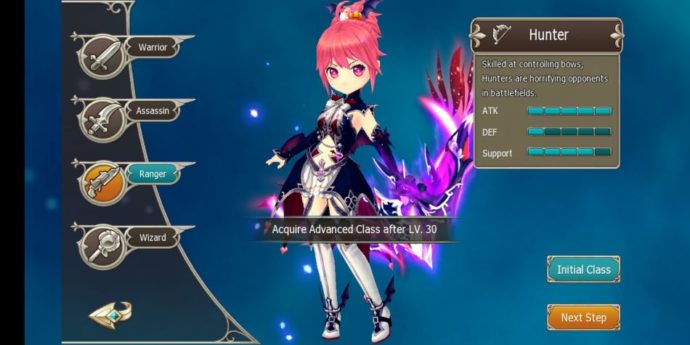 As I mentioned before, they are a tanky class. Now, the Paladin turned warrior is even more so. Playing the role of the shield to tank enormous and ferocious bosses, they are the must-have in PvE. For PvP, lacking the ability to properly kill the enemies, they are not as promising, but nonetheless, a class that is needed in game. 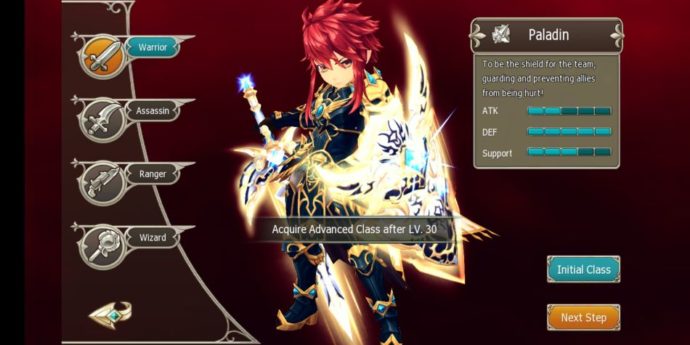 Now we’re talking. Supportive with all their might, they will make a difference when having one on the team. They have heals, buffs, debuffs and everything you might want from a support character. Arm them with a little bit of damage and their presence will not go unnoticed. 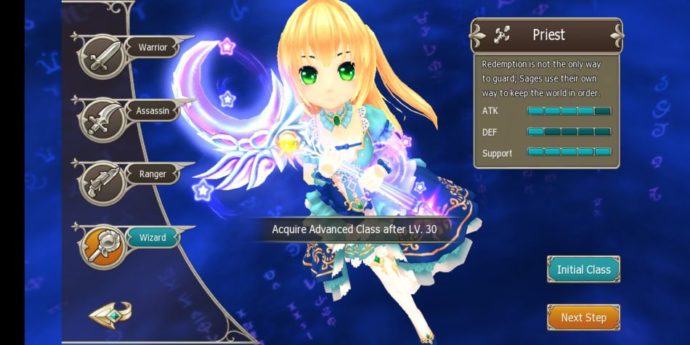 It is hard picking just one class, but for our Crown Four Kingdoms best class, but to sum it up it would be Assassin and Wizard pre-level 30, and Brawler and Hunter post-level 30. But the game needs a little bit of everything, so if you choose to play one of the other classes, do your best and you will definitely be rewarded accordingly.

That’s all for the Crown Four Kingdoms best class, but if you have any suggestions as to why other classes are better, let us know down in the comments and don’t forget to check out some more Crown Four Kingdoms tips and tricks to level up fast and reach that milestone level 30. 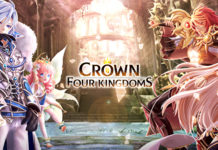 Crown Four Kingdoms: All Heroes in the Game 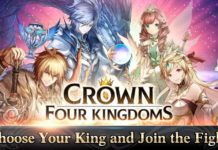