Crash Team Racing Nitro-Fueled is going to receive a new update soon on all platforms, which will introduce a lot of improvements to the game. The Nintendo Switch version, however, is getting one additional enhancement that will make the experience much, much better.

According to the 1.05 patch notes, the update will bring some technical improvements across the board, as well as huge loading times improvements on Nintendo Switch. This will be possible thanks to the Boost Mode that has been introduced to the console recently with a firmware update.

You can check out the full update notes below.

Crash Team Racing Nitro-Fueled is now available on Nintendo Switch, PlayStation 4 and Xbox One in all regions. 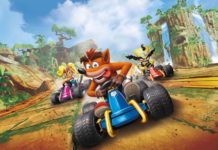