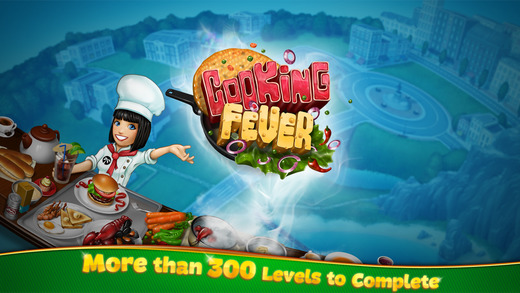 Cooking Fever, the time management game developed by Nordcurrent, has recently received a new update which includes some all new content that further expand the game’s experience.

The new update introduces a new location called Breakfast Cafè, where players will be able to cook a variety of dishes that are usually served for breakfast. Alongside the new location, the new Cooking Fever update introduces a few other new features as well as the obligatory bug fixes that will make the experience smoother and more enjoyable.

Cooking Fever is a nice time management game where players are able to cook a variety of dishes while visiting different locations like the Bakery, the Fast-Food and more. Each one of the game’s locations comes with different stages to complete as well as special upgrades that will unlock even more content once purchased.

The new Cooking Fever update isn’t going to be the only update getting developed for the game. Nordcurrent has confirmed the team is already hard at work on another update which will introduce a sushi restaurant as well as new gameplay mechanics. A release date for this update has yet to be confirmed.

Cooking Fever is now available for download on the App Store. If you’re playing the game and want to learn some useful tips for it, you can check out our own Cooking Fever cheats: tips, tricks & strategy guide.