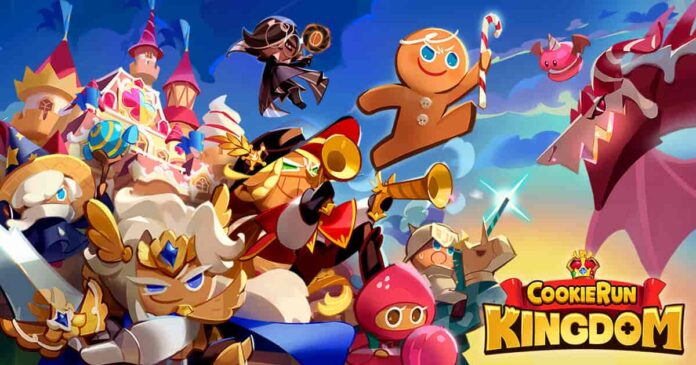 Combat is just as crucial as kingdom management in Cookie Run: Kingdom. Combat is how you advance the story and earn Crystals. This new guide assumes that you’ve read our Cookie Run: Kingdom beginner’s guide and completed at least a couple of chapters, as well as accumulated enough Rare and Epic cookies to replace your Starter Squad and Common cookies.

In Cookie Run: Kingdom, combat involves selecting a team of five cookies, each with a unique skill. In PVE, you must carefully time these abilities. Even with a strong team structure, a poorly timed skill and then interrupted by an enemy’s stun can completely change the course of a fight. In terms of Arena PVP (fighting player-created teams), all you have to do is create the best team you can.

Our comprehensive Cookie Run: Kingdom squad composition guide is intended to tell you how to form an effective team and which cookies to target. None of these are hard and fast rules, as ultimately, you get to choose the type of team you want.

Without further ado, let’s dive into our Cookie Run: Kingdom squad composition guide and learn how to assemble a formidable team!

Most of these teams share a reasonably consistent layout: two front liners, one or two damage dealers, one or two debuffers, and the mandatory healer or support. This is for a reason. But before here are some essentials tips tings to remember:

Often, but not always, it is not the presence of more damage dealers that determines a team’s offensive or defensive orientation. It is contingent upon the frontliners you bring. Dark Choco and Princess are durable debuffers that are frequently used in Arena PVP’s shorter battles.

Yam, Madeleine, and Avocado all fall somewhere in the middle, with their AOE attacks striking reasonably challenging but not as hard as a dedicated damage dealer’s skill. Milk and Knight Cookie serve as defensive barriers, diverting attention away from more potent but soft cookies such as Espresso or Poison Mushroom.

Having five of the same type is more reliable than having various types of toppings inside a cookie when it comes to toppings. A set of identical toppings provides a set bonus. When we create a list of toppings for your cookies, we should only include one type of topping per cookie, not all of them.

Treasures are necessary for this game. Players should possess at the very least the Old Pilgrim’s Scroll treasure, as it is insanely powerful even in comparison to other Epic tier treasures. At level 1, it provides a massive passive 30% ATK boost to your team. You might think this only applies to glass cannon cookies like Espresso, but healers’ essential and skill healing frequently scale with their ATK stat as well! This increases the survivability of your squad.

Kingdom happily punishes an unbalanced team, particularly one that consists entirely of unsupported glass cannons. Without protection or healing, a team of squishy mids and rear damage dealers will frequently annihilate the first couple of waves before being whittled down midway or toward the end.

You’ll frequently see squads similar to this in PVP. It’s understandable why it’s popular. It continues to employ the tried-and-true two tanks in front strategy. However, the tanks provide additional bite for your entire team by reducing the enemy’s defense this time. This way, you’re not entirely reliant on Espresso to deal significant damage.

This team, like the previous one, is offensively oriented. Fortunately, the game has received a few updates that include more killing-oriented front cookies that are still sturdy enough to perform tank work. Both of the strongest killfronts are precision damage dealers, and the ability to eliminate specific targets such as healers and damage dealers can quickly turn a battle into a massacre.

While this is an all-or-nothing team in PVP (your fronts not being AOE utility tanks like Dark Choco, Moon Rabbit, or Strawberry Crepe can cause issues if you fail to kill your intended targets), this team excels in boss fights and the Guild Raid, capable of dishing out absurd amounts of damage as long as Pure Vanilla keeps them alive.

For obvious reasons, showering enemies with debuffs has the ability to turn a bad fight around. A large stack of debuffs can frequently level the playing field against opponents with a higher power rating than your team. Of course, pitting this squad against an enemy team that includes Herb Cookie or Clover Cookie (a pair of debuff cleaners) is a recipe for disaster, so avoid it in that case.

This squad is built around the concept of survivability. Purple Yam and Milk Cookie, the two front cookies, are dedicated to keeping bad guys away from Espresso.

Espresso is on hand to hurl the enemies into the abyss with his Grinder vortex. Licorice is present to summon mooks up front to take the brunt of the attack for the rest of the party. Custard or Herb are present to keep the group healthy and alive.

Undoubtedly, this formation is still quite effective in PVP and PVE, and these cookies generally complement one another. Your typical modern team may follow suit, substituting an equivalent cookie such as Black Raisin or Strawberry Crepe for Milk or Espresso. This has been updated to reflect the addition of new cookies.

That’s the basics in a nutshell. Tell us what you think of the game, and if you haven’t played it, what are you waiting for? It’s free to play and easy to get into. Go ahead and give it a try, and if you are finding trouble, don’t hesitate to fall back to this Cookie Run: Kingdom Team Building Guide – The Best Team Comps for tips!