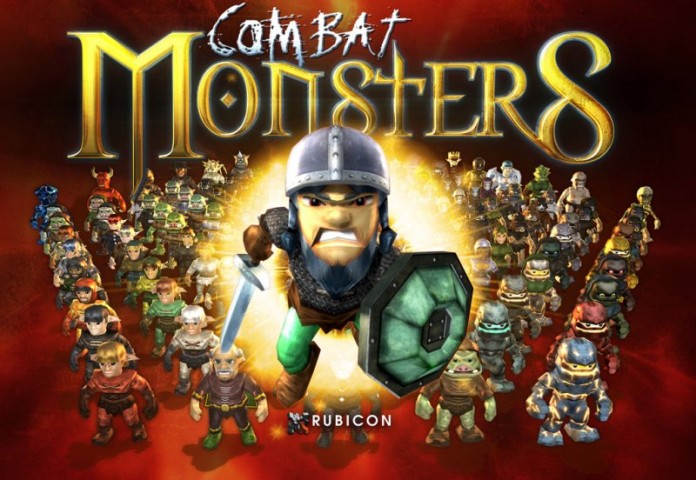 Rubicon Development – the studio responsible for the award-winning Great Big War Game has announced that their latest creation, Combat Monsters, is soon coming to iOS.

The game is currently available for PC, but Rubicon have announced that an iOS port is in the works and is coming soon. There are already some reports stating that “soon” could be within the next few weeks, so keep an eye out!

In Combat Monsters, you can collect cards, build decks, and fight with up to six players both online and cross-platform. Combat Monsters also has a tactical element – the fights are played out with 3D game pieces on a proper interactive game board. To win, you must outsmart and outmanoeuvre your opponents to secure the best territory, before smashing your foes into the ground and taking the win for yourself.

Also included in the game are 132 monsters, 70 weapons, 42 spells, 28 shields, 220 runes, 12 Heroes and over 120 maps to choose from. Long story short, it’s unlikely that you’ll ever be bored playing Combat Monsters – the fun just never ends, and there’s so much variety that you’ll be checking things out for hours after completing the campaign!

The unique combination of collectable card games and tactical combat has reportedly been in the making for nine years. If you’re a fan of either of these interests, then this game was made for you.