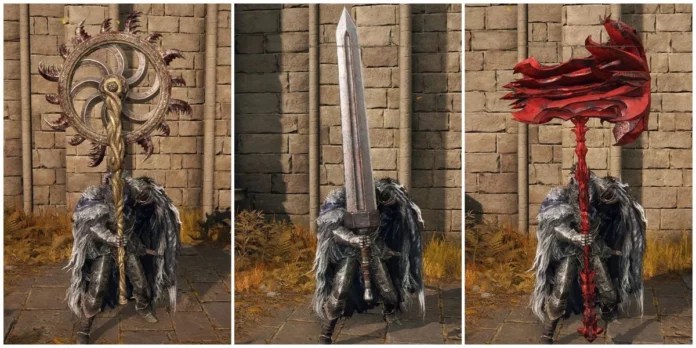 The Soulsborne games are known for their difficulty level, and Elden Ring is no exception. To ease this journey, the game provides a plethora of weapons to work with, including a variety of different playstyles. Today, we will be talking about Colossal Weapons in Elden Ring and provide a list of all of them in the game.

Colossal Weapons are a type of Weapon in Elden Ring. They are heavy weapons that require the wielder to have a high Strength stat.

Colossal Weapons are capable of inflicting massive damage to enemies but are slow, making its wielder vulnerable to enemy attacks. Due to this, they are not all newbie-friendly, but with enough practice, the payoff definitely becomes worth it! A few swings of these weapons can take chunks off bosses and mobs alike.

This is a list of all of the Colossal Weapons in the game:

Not to be confused with Colossal Swords, Colossal Weapons come in all shapes and sizes, making for fun gameplay and unique mechanics for different weapons.