COD Mobile is very close to the halfway point of Spurned and Burned season and only a couple of weeks are left before the new season arrives.

Meanwhile, the game fans are already curious about the upcoming Season 5 and probably want to look at the forthcoming leaks and battle pass rewards. Moreover, Activision has also shared an official statement regarding the test server for season five, which might disappoint the players.

From the release date to the new battle pass rewards, here’s everything you need to know about Call of Duty: Mobile Season 5.

A Reddit user who goes by u/Nihillir asked the COD Mobile developers regarding the release of the Season 5 Test server.

In response to his query, COD Mobile’s official Reddit handle replied, “No plans for a test server before Season 5 at the moment, but we are expecting to have one for Season 6 since that one comes alongside another big in-game update.”

The officials have made it clear that there are no plans for a test server before Season 5 at the moment. However, players can expect for one of the upcoming seasons.

As per the in-game countdown, the Call of Duty: Mobile Season 5 update will officially roll out on 29th June (UTC). Following the previous release patterns, the new season is usually released a day after the previous season’s end.

Once the update hits the global servers, the players can download it from Google Play Store and Apple App Store. We expect the update size to be around 1.5GB, so players must ensure that their device should have enough storage before downloading it.

Related: What is the COD Mobile Season 4 end date?

Activision recently teased the Docks map and confirmed that it is coming in the Season 5 update. The map was initially spotted in the list of game resources after the release of the Season 4 update.

As per the reports, CR-56 AMAX is a new Automatic Rifle coming to the COD Mobile soon. The weapon will be imported from Modern Warfare during the launch of the Season 5 update.

First off, it’s worth noting that all the leaks mentioned below have been sourced for the COD Mobile Chinese version test server. Therefore, it’s not necessary whether Activision will introduce all below-listed features in Season 5.

Additionally, COD Mobile Season 5 might include a new gun, CR-56 AMAX, from Modern Warfare. It’s a lightweight full-auto assault rifle that is deadly at mid-range combat and easily configured for a variety of assault tactics.

Finally, we have a new Rewind BR class that might be coming in Season 5. The Rewind class allows players to teleport to a location. Moreover, it reduces the impact duration of the Flashbang grenade and Concussion Grenade by 40%.

Stay tuned with us to receive latest news and updates for Call of Duty: Mobile. 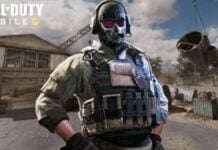 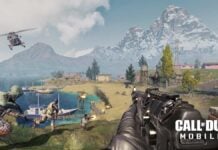