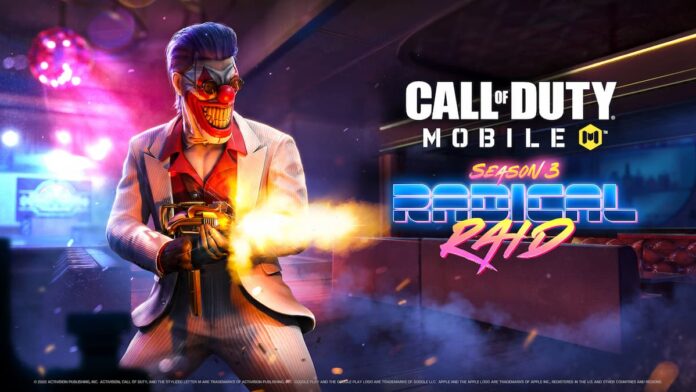 Call of Duty: Mobile is releasing its Season 3 update based on the Radical Raid theme on March 30 (UTC). The upcoming update incorporates several new weapons, maps, gameplay modes, events, and a battle pass. In addition to this, the COD Mobile Season 3 patch aims to improve several bugs and glitches.

Quite recently, Activision has revealed the complete patch notes of COD Mobile’s next Radical Raid update. So without any further delay, let’s look at what’s new coming in the forthcoming update.

Miami Strike, a map from Call of Duty: Black Ops Cold War, is available now. Get your gears and join our raid across the South Beach. Soldiers, are you ready for a fast-paced challenge?

This new operator skill might be too hot to handle. The Reactor Core radiates and burns surrounding enemies. Using the Reactor Core for a period of time will increase players’ resistance to enemies’ damage and reduce enemies’ max HP.

However, the Reactor Core can also backfire, causing players to receive radiation damage after continuous use.

Season 3 adds new functionality to your time at the Practice Range, including more customized training content and weapon data. You can utilize the new Command Panel to customize parameters of the training ground, as well as support target practice by spawning training AI soldiers and customizing their distance, movement speed, interactions, and direction.

Following after the HBRa3 – Thunderbolt Sling new attachment last season, in Season 3 we have one more new attachment coming for a fan-favorite weapon. Made exclusively for the AK-47, the new GRU Combo Grip attachment provides a combined barrel and grip for excellent recoil control.

Season 3 offers a fresh set of Season Challenges, too. Complete the tasks to earn rewards like new Weapon Blueprints, Operator Skins, and up to 30,000 Battle Pass XP to move swiftly through the tiers.

COD Mobile developers adjust a bunch of weapons in every update and the Season 3 patch is no different. This time around, a total of nine weapons are subject to changes, and here’s the list for the same.