Call of Duty: Mobile is at the halfway point of Season 11, also known as Final Snow, meaning only a few weeks are left in the release of the Season 12 update.

As always, the game fans are pretty excited for the COD Mobile Season 12 update release and undoubtedly want a glimpse of the new features coming in the next patch. Beyond this, players are also heavily demanding a test server for the upcoming update, as Activision hasn’t released it since the release of the Season 10 update.

So without further ado, here’s everything you need to know about Call of Duty: Mobile Season 12, including its release date, test server, features, and more.

COD Mobile Season 12 update will release on January 20 (UTC), according to the in-game battle pass countdown. Following the previous release patterns, the new season is usually released immediately after the previous season’s end.

Once the Call of Duty: Mobile Season 12 hits the global servers, players can download it from Google Play Store and Apple App Store. We expect the update size to be around 1.5GB, so players must ensure that their device should have enough storage before downloading it.

The Public Test Build, also known as Test Server, is perhaps the most anticipated thing before releasing any major update. In the most recent community update, the officials have shared the details of the COD Mobile Season 12 test server.

Here are all of the public test build details below:

As we’ve mentioned earlier, a public test server for the COD Mobile Season 12 has been released officially, revealing some new features and content coming along with the next update. These features are:

If you still have any questions regarding the COD Mobile Season 12 update, feel free to ask them in the comments section.

COD Mobile is one of the most famous multiplayer games currently available on PC, Android, and iOS. 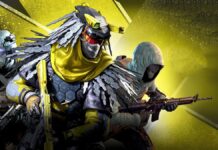 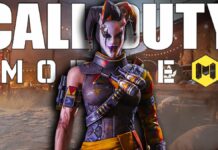 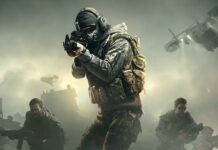 All Call of Duty: Mobile Season Start and End Dates

How to Get Shiny Rayquaza in Pokemon Brilliant Diamond and Shining...

How to Get Marble in Spiritfarer: Tips and Cheats

How to Upgrade Weapons in Hades