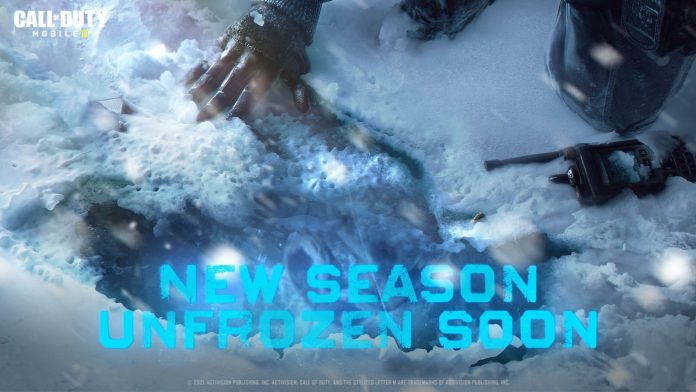 Call of Duty: Season 11 is almost here and Activision is gearing up for the next big season of the game. The ongoing Season 10 has been great so far and has had an abundance of items, challenges, weapons, and unique things. However, as all good things come to an so will COD Mobile Season 10 in a few days.

COD Mobile Season 11, dubbed as ‘Final Snow,’ will introduce weapons and maps from the Black Ops games, changes to the fan-favorite Undead Siege mode, and a rumored Holiday event. Here’s all you need to know about when the COD Mobile Season 11 is releasing.

According to a developer post on COD Mobile Sub-Reddit, Season 11 will be available on December 16, 2021. This will be after the ‘One Last Farewell Event’ ends in the game. As per the official tweet by COD Mobile Twitter, the new Season is going to be live at 4 PM PDT/ 12 AM (December 17) GMT.

Activision will soon be announcing more information about the update as we get closer to December 16.

COD Mobile Season 11: What to expect?

The new Season 11 will bring a new map with itself that will have a winter theme in line with its name. The new map being added is the Icebreaker map straight from Black Ops 4. As per its official description: “a long-lost U.S. nuclear submarine in the Arctic houses a uranium supply which a Russian unit has come to salvage. ”

Apart from this, players can expect COD Mobile Season 11 to arrive with some new weapons, items, Battle Pass, challenges and more. Staying true to its roots, COD Mobile will give players a chance to experience the staple Call of Duty Zombies mode, with Undead Siege making a return in Season 11.

There are also leaks about a Holiday event for Season 11; COD Mobile leakers have revealed that the ‘Holiday Op’ themed event is in the works for the game. However, we will have to wait for an official announcement from the devs.

COD Mobile Season 11 Release Date: Everything We Know So Far