Call of Duty: Mobile‘s second community update of February has arrived, and the patch notes for the same have also been revealed officially. The latest patch is packed with many new seasonal challenges, a special Valentine Day crate, a Lunar New Year crate, and a lot more.

The game developers have also made several changes to the Public Test Build, which indicates more modes, items, perks, or general pieces of the content drop in later.

From brand new challenges to the new crates, here’s everything you need to know about the latest Call of Duty: Mobile community update along with its full patch notes.

Here is a quick look at all of the new events starting recently and a few other new ones already running:

The following changes have been addressed in the latest COD Mobile Public Test Build:

Furthermore, the developers are testing some changes related to the ability to drop shot. If you aren’t familiar, this a long-standing tactic in many FPS titles that allows players to quickly change their hitbox by dropping to the ground and giving them the advantage on an approaching enemy.

This time around the COD Mobile players have one challenge for MP and one for BP, and with them comes their chance to grab the epic blueprint the GKS – Kistune. Also, for everyone asking about the SKS that is still coming and will be releasing next week on 2.19 (UTC) in the BR Buff event.

This six-part seasonal challenge is all about using different SMGs in Battle Royale and Multiplayer. Some require just a basic use of a specific setup in a match, while others may require you to get kills or win matches with certain perks equipped. It is all focused on fast and quick setups, and if you manage it you’ll be able to snag the following rewards:

This four-part seasonal challenge is relatively simple with one clear goal – use Operator Skills and specific ones. This is the easiest to tackle challenges of the two new ones this week and while it doesn’t have an epic weapon blueprint to give out, it does reward you with plenty of Battle Pass XP (17K in total) and the following items:

This year for Valentine’s Day it’s decided to celebrate this joyful and generosity-focused holiday by releasing two new content drops while also using it as an excuse to give out gifts to the community. On the content side, we have the Sweet Valentine Crate and the Valentine Redux Draw.

Year of the Ox event

The Year of the Ox event tasks you with getting kills through MP matches and in particular by playing Hardpoint, TDM, Frontline, Domination, and S&D. It has plenty of variety for tasks and the only rewards you can earn on this one are those Lunar New Year Crates. This event is only available for six more days, so make sure to grab those crates now.

Related: When is SKS coming to COD Mobile? 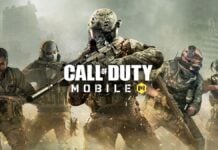 COD Mobile: How To Get Free COD Points 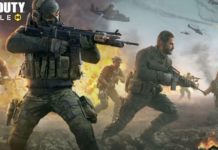