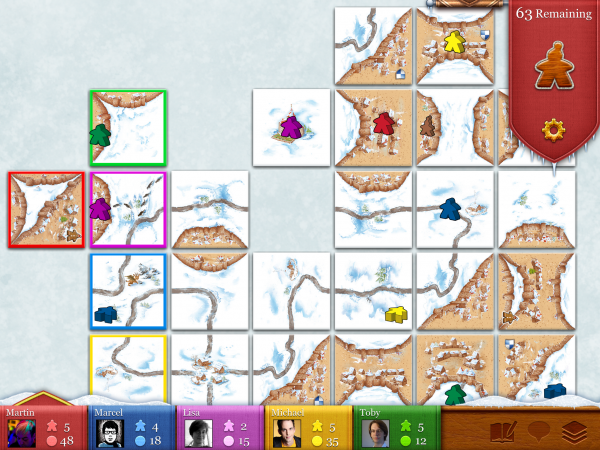 Carcassonne, the digital board game developed by The Coding Monkey, is going to receive a new edition later this month.

The new edition will be called The Winter Edition and will include a variety of new features like a new character, new mechanics and more as well as  some graphical updates that take advantage of the extra power offered by the latest iOS devices. Details of all the new features have yet to come in, but it looks like The Winter Edition is going to add quite a lot to the game.

Carcassonne has received another update back in May. This update, available as an IAP of the game, introduces a new game piece called The Phantom which allows players to have one more follower at their disposal.

Another Carcassone update has been released around a year ago. The expansion, called The Princess and the Dragon, included the Dragon card, the Fairy and Magic Portals and the titular Princess, new features that enhance the whole city-building system and overall experience.

The Carcassone Winter Edition will be released on the App Store on December 17th. Pricing has yet to be confirmed but we will let you know more about the matter as soon as more comes in on it so stay tuned for all the latest news.