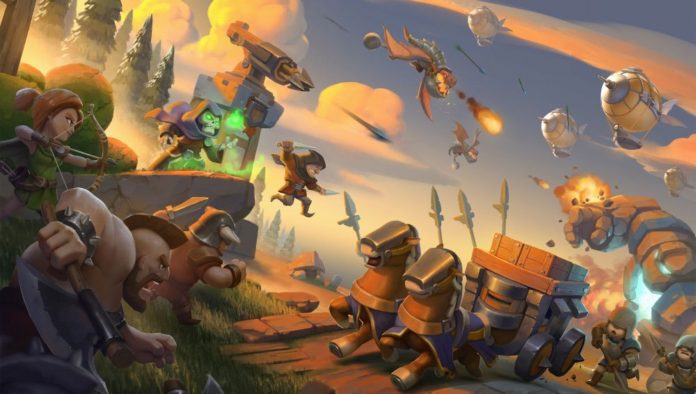 Way back in 2008, at the dawn of the touchscreen gaming era, a game called Fieldrunners arrived on iPhone and blew our heads off.

An example of the tower defence genre, which had just taken the PC casual gaming world by storm, it was a polished, cartoony, stripped back strategy title that was absolutely perfect for casual touchscreen play.

Though it sounds like a segment in Top Gear, the caravans in Caravan War are not the kind that unimaginative people go on holiday in and which Jeremy Clarkson hates. Instead, it’s about convoys of traders making their way through hostile terrain. 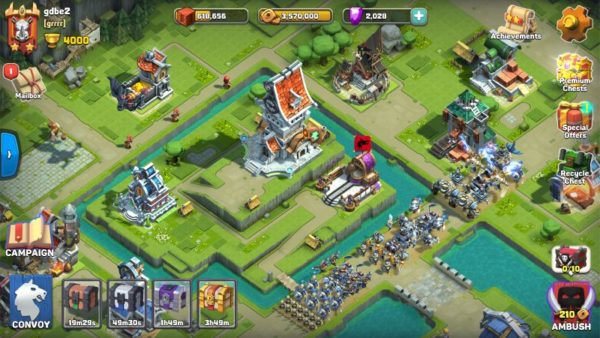 Trade is the name of the game. Overseeing a new settlement, you have to create the infrastructure to support your world-conquering ambitions.

That means tapping on dedicated squares of land on an isometric map to build a Headquarters, an Academy for teaching your caravans how to fight, a Mill for producing goods, a Tavern for recruiting troops for battle, a Garage, a Weaponsmith, a Warehouse, a Workshop, and more.

In order to trade you’ll need a caravan, which you can build and customise by dragging the various elements – vehicles, enhancements, troop types – onto a diagram. Unfortunately, your caravan can be ambushed by other players, but then again you can ambush theirs too. 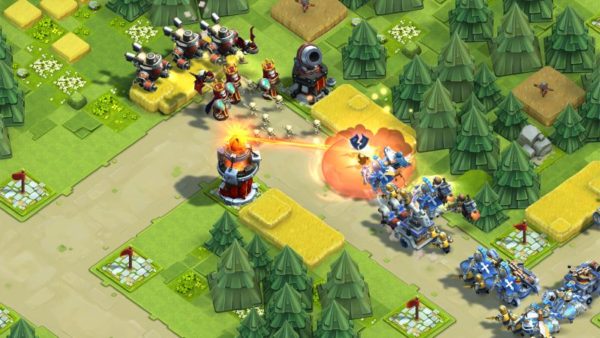 This is where the tower defence element comes in. You can produce various different tower types in your Workshop, and there are sites along the paths that enemy caravans travel down. By placing towers on these sites, as well as different troop types in the yellow patches of crop, you can partially or completely destroy caravans for their cargo.

The depth of Caravan War lies in the sheer number of things to do at any given moment. Not only can you upgrade your facilities to increase their output, but you can upgrade the things they produce.

You can drop into the workshop to decide which towers you want to develop, visit the Bandit Camp to hand out promotions to various bandits, pop into the Garage to upgrade your vehicles, drop around at the Academy to promote your favourite guardians, and so on.

To make these improvements you’ll need gold, which you get from trading, making, and ambushing, but if you want to hurry things along you can use gems to free up coins for upgrades. These gems come from achievements, while chests let you pick up hero cards and gold.

While many upgrades are available through playing in this mode and updating your Headquarters, certain tower types are only available after completing the single player campaign, which is a string of increasingly difficult tower defence stages across ten different environments. 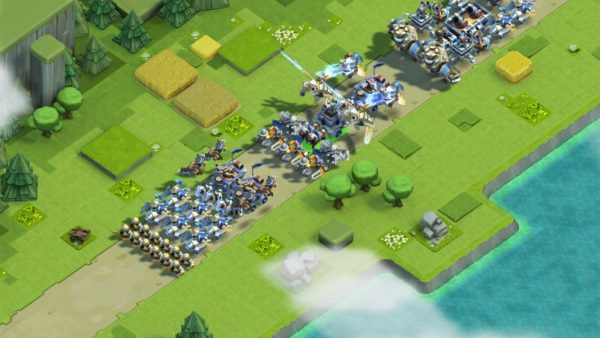 Caravan War is at its best when you’re ambushing enemies and turning your settlement into an impregnable citadel of destruction, but it’s well worth ploughing through the campaign early to get your hands on all of the towers and hone your tower defence skills.

While plonking towers and troops down almost anywhere will be enough in the early stages, or against weaker opponents, when the going gets tough you’ll need to know how to marshall your forces effectively.

Caravan War is decent-looking. The simple, generic visual style and 2D isometric graphics won’t draw a crowd, and the text can be difficult to read on even a fairly large mobile phone screen, but it’s all perfectly serviceable.

In terms of gameplay, it does much better, with a rich, well-balanced take on strategy that blends tower defence with resource-management to engrossing effect. If you’ve done all you can in genre rivals like Clash Royale, Caravan War is a solid choice.

If nothing else, it shows how far we’ve come since Fieldrunners.

You can download the game now on Google Play or the App Store.