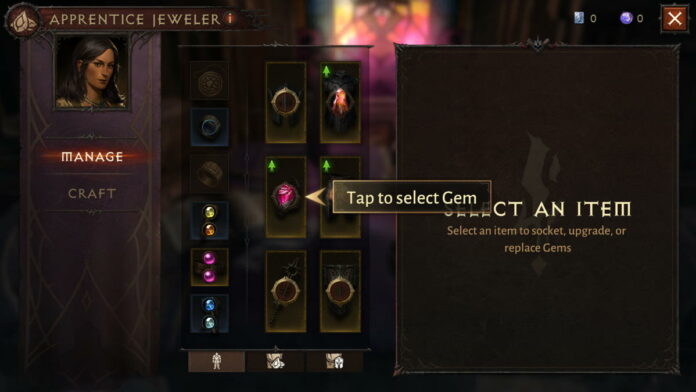 Diablo Immortal features helpful info boxes that pop up whenever a new mechanic is introduced. Though many of its players are already familiar with the franchise, they’re still good for quick refreshers. While these info pop-ups are nice, sometimes they fail to go away. Today, we’re here to answer the question: can you remove the pop-ups in Diablo Immortal?

Whenever a new mechanic or game option is unlocked, Diablo Immortal will prompt you with an interactive tutorial. Pop-up boxes will appear telling you what certain things do, and you must do the action listed in the box to proceed. The pop-up may also instruct you to go to a different screen. You can’t disable these, unfortunately, but they’re relatively simple to get rid of.

The key to making the info pop-ups disappear is to do exactly as they say. For example, in the featured image, we got a pop-up explaining how to upgrade Legendary Gems. We selected our Legendary Gem, went to the upgrade screen (you don’t actually have to perform an upgrade), and then the info pop-up disappeared. Tap on the info pop-ups and appropriate locations to ensure that they don’t come back.

However, there seems to be something iffy with them at the moment. Sometimes these info pop-ups will come back even though you’ve already learned about a new mechanic and went through the tutorial. A lot of players are also mentioning that repeat pop-ups will reappear once they’ve logged off and then logged back into the game.

We hope that, whatever the case is, you aren’t bothered too much by these pop-ups. As of writing, there is no in-game option to disable them, but as we mentioned before, make sure to do exactly as they say and tap through them all the way through. If you stop in the middle of it and close out, they’ll just reappear next time.

Hopefully, by doing all the actions listed above, your pop-ups should disappear for good. If they don’t, then there might actually be something wrong with them, which should get fixed in an update. If you have any other questions, let us know in the comments below!

Can You Remove Pop-Ups in Diablo Immortal? – Answered