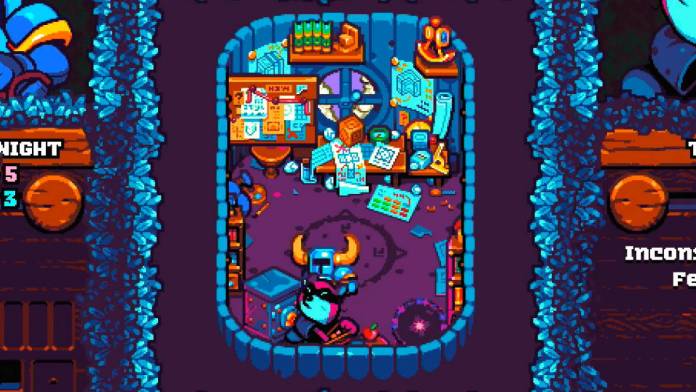 Shovel Knight Pocket Dungeon is an exciting new spin-off game of Yacht Club Games’ breakout hit, Shovel Knight. Instead of a 2D platforming adventure, players will be dropped into a puzzle experience where players must navigate a grid while strategically dispatching foes that drop in. It’s a fun little game full of neat surprises, one of which involves a raccoon and a mysterious safe. Today, we’ll be answering the question: can you open the raccoon safe in Shovel Knight Pocket Dungeon?

Curious players may have snooped around their camp and stumbled upon Tief, the inconspicuous raccoon. Specifically, he’s hiding in a secret vault that’s behind a destructible log near the bottom right corner of the area where you can switch playable characters.

When you talk to Tief, he implores that he’s just looking around the area. He gives off a pretty suspicious aura, so many players are convinced that there’s more to him than meets the eye. What’s even more suspicious is the locked safe that’s behind him!

Related | How To Keep Your Gem Meter Up in Shovel Knight: Pocket Dungeon

Unfortunately though, at the moment it seems that Tief is only there for fun. Some players think that the joke is that your gems are kept in a bank when you return to camp, with the bank being the safe that Tief is standing in front of. The reason he’s so jittery is that he’s actually trying to steal your gems, even though nothing actually happens to your gems. No one has discovered any secrets involving Tief, or if you can open the safe.

At least, not yet! Who knows – there might be a future update that involves Tief in some manner. As of this moment however, Tief is merely there for some extra world flavor and does not provide any in-game, practical use.

Have any ideas of what Tief and the safe could be used for? Let us know your theories in the comments below!

Can You Open the Raccoon Safe in Shovel Knight Pocket Dungeon? Answered