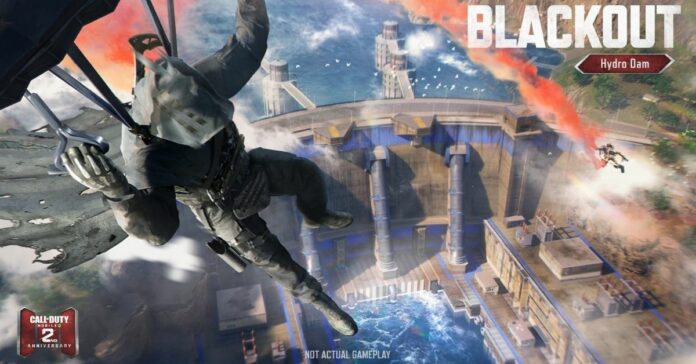 Call Of Duty: Mobile recently launched a new season. Its start almost coincided with a big update that brought a lot of balance tweaks and new content. All major innovations were related to the Battle Royale mode. The main and most talked about feature was the new map for the Royal Battle. It was named “Blackout.”

In this guide, we will take a look at the new map in Call Of Duty: Mobile, talk about its features, and also share a few secrets that will help you win more often.

Where Did the Blackout Map Come From?

The first rumors that this year the developers of Call Of Duty: Mobile will add a new map for the Battle Royale mode to the game appeared on the network a few months ago. Chinese insiders talked about this. True, no one named the exact dates.

A few weeks before the official release of the update for Call Of Duty: Mobile, new information appeared on the network. Sources said that the developers are planning to add a legendary map called Blackout to mobile CoD. It first appeared in Call Of Duty: Black Ops 4.

The information was later confirmed by screenshots and videos. And on the eve of the release, the developers themselves made a few hints. By the way, the Blackout map has moved to mobile CoD practically unchanged. Not only all the main locations were saved, but also the landscape, and in some cases even the location of buildings.

The Blackout map includes 14 locations of different sizes, which are divided into three large regions: forest, desert, and islands, connected to the land by several bridges.

About half of the Blackout map is covered by forest. This creates some difficulties for the players. A large number of trees and bushes makes it difficult to spot enemies. The complex relief adds additional problems. It is not uncommon for opponents to appear unexpectedly from behind the hills. Therefore, when moving through the forests, it is important to move in small dashes and often look around.

RELATED: How to unlock Lightning scorestreak in COD Mobile

A large number of trees and difficult terrain will interfere with fast movement by transport. As practice shows, it is easier to walk in the forest part of the map. On the one hand, this way you will lose a little in mobility. But on the other hand, you will be able to approach opponents from unexpected sides.

In total, there are nine large locations in the forest region:

We can say that the safest area in the forest part of the map is the area between the Antenna Complex, Shooting Range, and the Oil Rigs. There are a small number of houses where starting equipment can be found easily. At the same time, large groups of players are rarely found in the area.

The desert part of the Blackout map in COD Mobile is fundamentally different from the forests in its relief. Large open spaces await you. This will make it a little easier to spot opponents from a great distance.

The ideal landing site in a desert area is difficult to name. If you look at the amount of equipment available, then the choice can be given to the Factory. However, it must be borne in mind that this location is far enough from the center of the map, so there is a risk of not having time to get to the safe zone when it starts to decrease.

There are two islands on the Eclipse map:

They differ from each other in relief, buildings, and sizes. At the same time, a lot of valuable equipment can be found on the islands. The main problem is high competition. Many players prefer to start their journey from these locations.

The most popular is the Town on the River. It has many houses in which you can find a wide variety of weapons, as well as many improvements. In addition, the location is located in the central part of the map. This helps to get to the narrowing zone in time.

However, due to the dense buildings and the high popularity of the location, you risk not surviving to the end of the round.

How to Play the Blackout Map

If we talk about the strategies that should lead to victory in the Battle Royale, then a lot depends on the available weapons and your style of play.

Fans of fast and aggressive fights can immediately go to one of the hot spots. In total, there are several such locations on the Eclipse map. These include:

Each of these zones contains a lot of valuable equipment. At the same time, you need to prepare for the fact that in such locations you will have to engage in battle almost immediately. Often, in the same Town on the River, players try to kill each other even with knives.

However, a lot depends on the chosen location. For example, on the Construction Site, fights with melee weapons are very rare. The thing is that the location has several floors.

You need to understand that trying to play aggressively reduces your chances of making it to the finals. Having landed in one of the hot spots, you risk becoming one of those who will die at the very beginning of the round.

Experience has shown that a less aggressive and even stealthy playstyle significantly increases the chances of winning the Battle Royale. Yes, at the end of the round you will rarely have a lot of kills on your account. But you will certainly get your experience.

Fans of a stealthy game can be advised to land away from hot spots. However, you should also not move too far from the center of the map. The best option would be to land in a forested region.

For example, you can land at the point between the Antenna complex, Shooting range, and Oil rigs. The valley between the Construction Site and the shooting range is also a good option. There are many small houses with loot in it. Of course, you may not be lucky, and you will not immediately find a suitable weapon. However, this shortcoming is compensated by the fact that there will not be many opponents around. And often they will also not have good equipment.

If played correctly, by the end of the round you will find all the required equipment and you can easily cope with almost any opponent without any problems. The main thing is not to run forward, use cover, and look around.