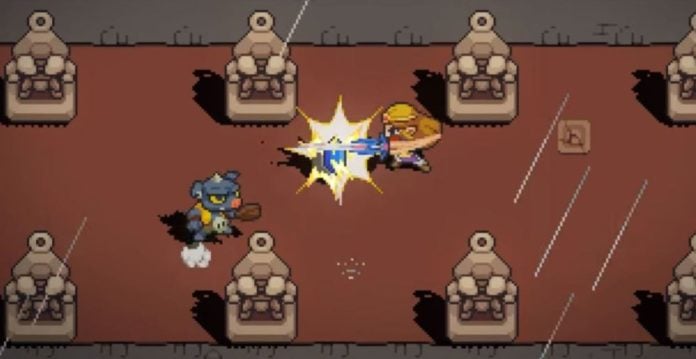 Cadence Of Hyrule is one of the most interesting indie titles releasing on Nintendo Switch in the future, combining characters and locations from the Zelda series with the experience of Crypt of the NecroDancer. A release date has yet to be announced, but now we have learned the game’s release window.

Nintendo itself confirmed officially that Cadence Of Hyrule will be released sometime this month. The confirmation came during the latest Japanese Indie World broadcast, which also brought some brand new footage. You can check out the broadcast in full below.

Cadence of Hyrule is a unique mix between the Zelda series and Crypt of the NecroDancer. Controlling either Link or Princess Zelda, players will explore randomly generated overworld and dungeons to save Hyrule and move, attack, defend and more in time with 25 remixed The Legend of Zelda tunes.

Cadence of Hyrule launches this month in all regions on Nintendo Switch. We will let you know precisely when the game launches as soon as more come in on it, so stay tuned for all the latest news.