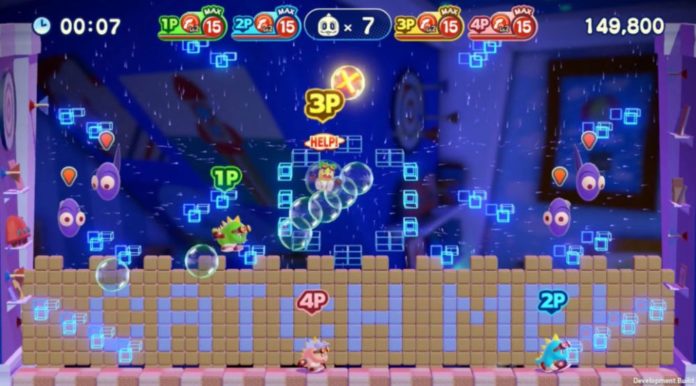 The classic arcade series Bubble Bobble is getting a new entry soon with Bubble Bobble 4 Friends on Nintendo Switch, and fans of the series will be able to purchase a retail version of the game as well as a Collector’s Edition.

Even though the regular edition may not include any additional goodie, it will still be numbered, to highlight it will be an exclusive, limited release.

Bubble Bobble 4 Friends will keep the spirit of the series intact, featuring a huge number of stages that players will be able to complete solo or together with friends. For the first time ever for the series, the game will feature four players co-op.

Those fearing that the game will not be as good as the classic arcade release will rest assured that this will not be the case, as the game is being developed by the original TAITO team.

Bubble Bobble 4 Friends launches in Europe on November 19th. The game will release in North America early next year.