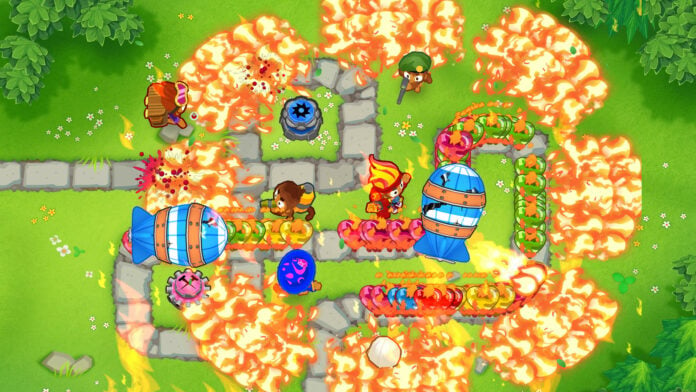 BTD6 is a popular tower defense game with lots of game modes that you can play. Also, the developers update the game quite often and one of the newest patches brings the Contested Territory mode. It seems that there are lots of players who would like to know more information about it and today we are going to help them. This BTD6 guide will tell you about the Contested Territory mode, its rewards, player count, and more.

What is Contested Territory Mode in BTD6?

There are lots of interesting game modes that you can play in BTD6 and it seems that Contested Territory is going to be an exciting event. There you will be able to join a team and participate in a multiplayer match. All teams will be fighting for special tiles that provide you with some valuable rewards. So, let’s take a closer look at the Contested Territory mode in BTD6!

As you can see the Contested Territory mode in BTD6 is a multiplayer type of match. There you will have to participate in a battle between six teams. Each of these teams consists of 15 players. So, there are 90 players in total. Some of the resources that you collect in this mode are shared between members of your team. For example, if someone doesn’t spend all the special tickets you will be able to use them to try to capture some tiles.

The last type of tiles is the relic tiles and they give you the least amount of score. The most useful feature of these tiles is Relic Knowledge which you can use to capture other tiles.

The Contested Territory mode seems to be very interesting and there are lots of players who would like to play it. So, the competition is going to be tough and we wish you could luck in your further battles in BTD6!