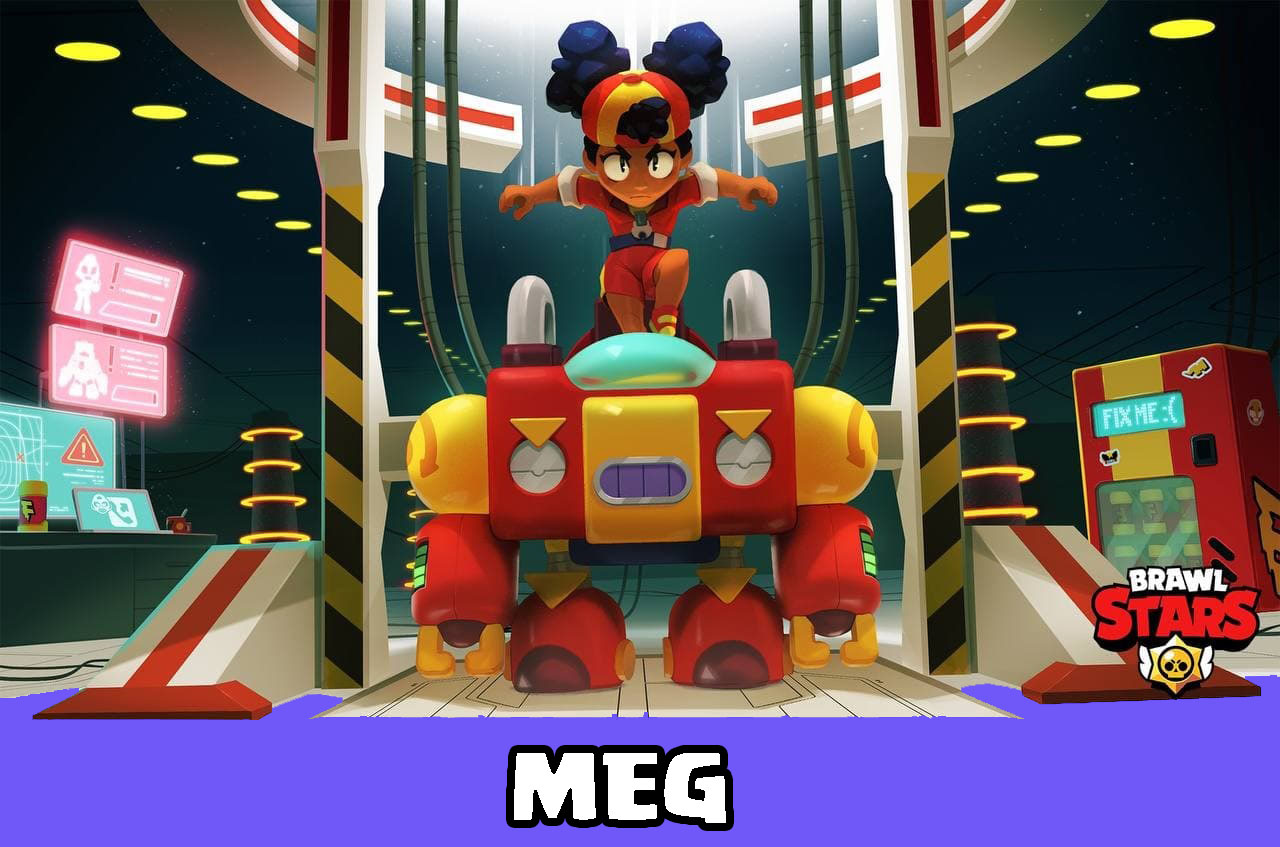 The developers had been teasing the new brawler for quite a while, and the announcement came during the latest Brawl Talk on the official Brawl Stars YouTube Channel. The update even brings new skins, pins, to name a few. You can even read the full patch notes for Brawl Stars’ Meg update.

This article will talk about the new Legendary Brawler Meg.

Going by Meg’s stats, in her primary form, she has a low health and damage number. Although this may not look very interesting at first glance, Meg also has a fast movement speed, and she is good for mid to somewhat long-range encounters. She carries a double-shot pistol with her.

This momentarily improves her health and changes Meg’s attack and Super. The robot Meg shoots eight fast-moving bullets at her adversaries from the mech’s twin laser cannons. That’s not all.

Meg even has a secondary attack that deals high damage in a wide arc and replenishes over time. This Super attack charges independently of the mech’s main attack and has a quick cooldown.

Her gadget is Jolting Volts, which instantly heals her robot when active. Meg’s Star Power, Force Field, gives her a long-lasting damage reduction shield after her robot has been destroyed.

Meg is one of the most interesting additions to Brawl Stars and has some cool new abilities. While her normal form might be a bit flat, Meg’s robot self can wreak havoc on the arena. The brawler can be used for ranged as well as close-up encounters depending on the situation.

Do you like the new legendary brawler? Let us know in the comments. 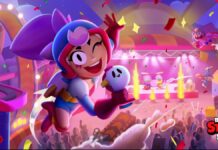 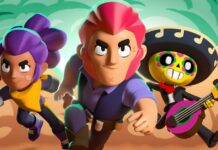 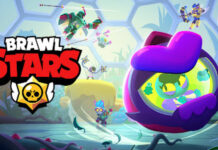