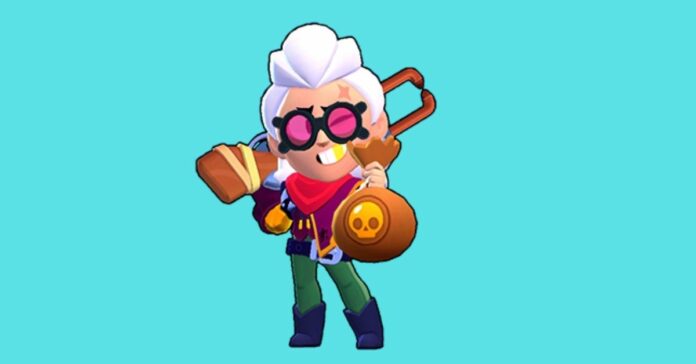 On April 12, a new brawler appeared in Brawl Stars – the shocking Belle. Yes, in the truest sense of the word, because this old woman has a real electric gun. We’ve written a guide to help you get the most out of Belle and her abilities.

In fact, Belle is a nimble criminal who robs banks. Her image is copied from a real person – the outlaw queen Belle Starr.

Belle has one of the longest-range attacks in the game, making her an incredibly strong brawler. She is even better than Piper and Bea in this indicator.

Belle is excellent at zoning other opponents and does not allow them to act together. Actually, the main rule when playing for this robber is to shoot opponents who are nearby. In this case, its electric charge will bounce many times and constantly damage them. In the end, it can destroy all characters, especially the slow ones. You should not attack very mobile heroes, because they will easily run away, and the charge will not touch others.

Perhaps Belle’s only vulnerability is her health. She can have a maximum of 3640 HP, which is one of the lowest indicators in the game. You should correctly calculate your opponent’s damage and not go forward. The main task is to stand in the bushes or behind a strong hero, who will be able to cover you while you destroy the entire enemy team.

If you still find yourself in a 1v1 situation, then there is still a way out, but only if you took the star power “Positive Feedback.” If someone approaches you, try to fire him and retreat at the same time. Thus, you activate your protective shield, which will absorb some of the damage and help you survive. You can also do a gadget trick that will slow your opponent down, but this will only work on melee brawlers.

Another essential skill is the ability to maneuver. Train your evasion skills and try to anticipate the actions of your opponent. This is the only way you can ensure your life on such a low-hp hero like Belle.

A competent Belle player is really difficult to counter because he always holds the position. Nevertheless, all heroes who quickly move around the map and heavyweights work great against Granny. Darryl, Edgar, and Bull will be the problem for Belle.

How to Get Belle in Brawl Stars?

It was possible to obtain Belle in Brawl Stars for free as a Brawl Pass reward at Tier 30 in Season 6. Now she can be gotten from boxes after reaching Tier 30 in the Season 6 Brawl Pass.