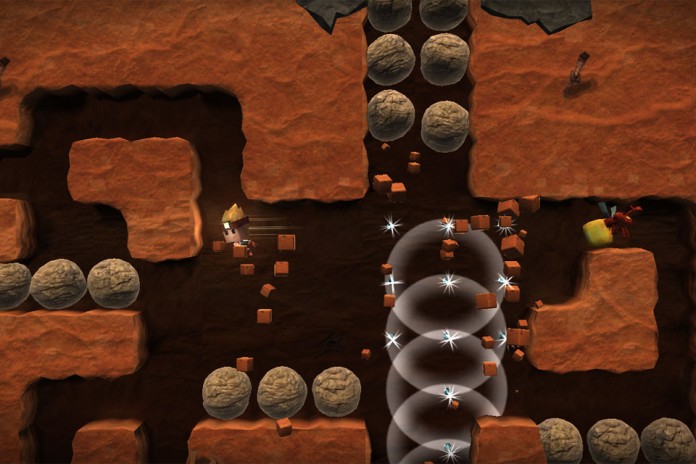 Earlier this year we have reported that the classic arcade game Boulder Dash was going to hit the App Store soon in a new updated version. Finally, Boulder Dash – 30th Anniversary has been released a few hours ago and it’s now available for download for free on the App Store right now.

Boulder Dash – 30th Anniversary celebrates the 30th anniversary since the release of the original game with a new version including graphical enhancements and new content, like 50 new levels, new creatures, worlds, power ups, a dash mode and nine playable characters.

Being a free to play game, Boulder Dash – 30th Anniversary comes with some ads and IAPs. Luckily the ads aren’t too bad and all that’s offered with real money can be obtained by simply playing the game.

Boulder Dash – 30th Anniversary is now available for free on the App Store. Despite the new look, the game is still as challenging as it used to be back in the day so you best be prepared if you’re willing to journey through the depths of earth in search of treasures and celebrate the 30th anniversary of a truly classic game.