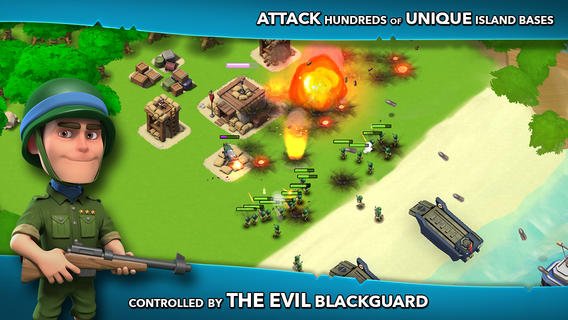 Super Cell have just launched worldwide their highly anticipated Boom Beach, a game very similar to their number one hit, Clash of Clans. We are here to share with you a set of Boom Beach cheats and tips for advanced players because there are some elements that work differently and also new strategies to apply. So if you want to make your island the best, free up as many other islands as possible AND destroy all the other islands on the map, you’re at the right place as our Boom Beach cheats and tips article will help you get the most out of this game. So let’s get it started!

You will never have enough wood
With this being said, it means that you should focus on increasing your wood production as much as possible. Wood is required for all buildings and upgrades on your island and you only have one building producing it. Upgrade the Sawmill as often as possible, spend gold coins to clear the trees on the island for extra wood and attack other islands to get some. Try to keep your stash of wood as low as possible to minimize the wood losses during attacks.

Watch battle replays to improve your base
The best way to build a perfect base is to look at enemy attacks and see what weaknesses they exploit and try to fix them. Since there are no walls in Boom Beach, you will have a really difficult time protecting your command center and winning the battles. A good idea is to try and surround it with other buildings and defenses in one of the sides (left or right) and then again with mines. Make it as difficult as possible for the enemy to get to your command center to destroy the enemy.

Be smart with mine placement
You want to get the most out of the mines on the field, so place them in such a way that they’re far enough from the buildings to force the riflemen walk through them and not shoot behind them. Also, you need them spreaded out as much as possible to cover all the possible entrances to your base: don’t forget that enemies can use flares to direct the troops and you need all corners covered and ready to do most damage.

Best Boom Beach Base design
So far, I found the best way to protect my base and hopefully things won’t change in future updates: build a “hole” in the middle of the trees, large enough to hold all your buildings. The idea is to be protected by trees on three sides, and have only one possible entry, which will be filled with mines. This way, you will force the enemy to waste missiles on the mines or lose troops when they walk over them.

Use the Gunboat at the start of the battle
You have that Gunboat for a reason, and the best time to use it is when the battle starts: either to destroy some mines to clear the way, or to completely destroy or wear down some enemy defenses. There’s really no reason for you to attack other types of buildings with the Gunboat.

Find opponents you can farm
I know that it’s not the most noble thing to do, but it fills up the storage, so use the “Find new opponent” feature as often as possible and find easy to beat enemy islands and farm them dry. Rinse and repeat to improve your island!

Keep an eye for treasure chests!
Boom Beach is really good at giving away some free diamonds, and you will get them on a daily basis in chests on the islands map. So keep an eye on it constantly to get all the diamonds you need – it’s a good way to speed up the base building process early on.

Always scout before attacking
Scouting costs you nothing, but gives you valuable information about the enemy base and if it’s worth attacking. Most of the single player bases will have fewer defense towers, but of high level so always check them out and consider the losses before going to battle.

Upgrade everything evenly
Super Cell managed to build a pretty balanced game and it would be a good idea to try to upgrade everything before moving to the next level of your command center. Don’t go too high with it and leave everything else behind because it won’t do you any good in the long run.

So these would be, for now, our Boom Beach cheats and tips – we’ll be back soon with more advanced strategies to use to destroy everything around you, but until then you can share your own in the comment section below!

[UPDATE] We have published some advanced tips for higher level players, make sure you check them out too to get the most out of the game. There’s also one great cheat in the new article which tells you how to simulate attacks on any other base! 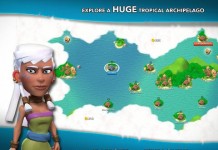 Boom Beach Statues Guide: Which Ones to Build? 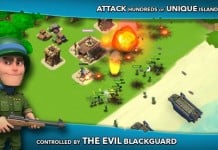 How To Beat Hammerman’s HQ Level 10 in Boom Beach 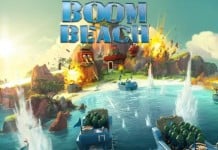