If you’re looking for some advice on how to keep on winning at Big Big Baller, our tips and cheats will certainly come in handy. We’ll help you become the biggest ball each round you play, unlock other skins and have a ton of fun.

Big Big Baller is an extremely addictive game that borrows concepts from Amazing Katamari Damacy, but takes them to the next level by pitting you against other players. Madness ensures and as a result, you can barely put the game down. It’s that fun!

But we’re here to talk strategy, so let’s not waste any time and instead let’s check out some Big Big Baller tips and cheats to keep on winning!

A good start is everything
A good start can really make the difference between a win and a loss, so make sure you’re always starting on the right foot.

Ideally, you will head in a direction that no other ball heads towards, in order to get more chances at quickly getting some objects and increase your size.

When you start out, you won’t be able to get a ton of things – focus on pedestrians, poles, trash bins and other smaller objects like rocks, bushes and small trees. Once you can eat cars, focus on getting those – then move towards trees, small buildings and then large ones.

The key is to get a good start and keep growing, always rolling over the largest items that you can get in order to maximize your growth.

But each time you play, you should be focusing on being in the place where the most items are. That’s how you keep growing – not by chasing a single large building or staying where other players have already rummaged through.

Once you’re big, start killing others
Keep an eye on the high score list in the upper right corner – that’s where you will see how you stand against the other players (you also see the ranking over your ball’s head).

If you follow my previous advice closely, then you will be large enough early on – and larger than most other players. This is the time when you should start hunting them down, while continuing to grow.

The reason why you want to kill other players is that, once destroyed, they will drop the items that they have collected. Larger players have larger items, giving you the chance to get bigger even faster (while also hampering their progress to get bigger and giving you more chances to win the round).

Look at the on-screen indicators to see where other players are, and head towards that direction. Have in mind that going towards the corners is a better idea, because you can easily catch them when they get stuck in the corner. 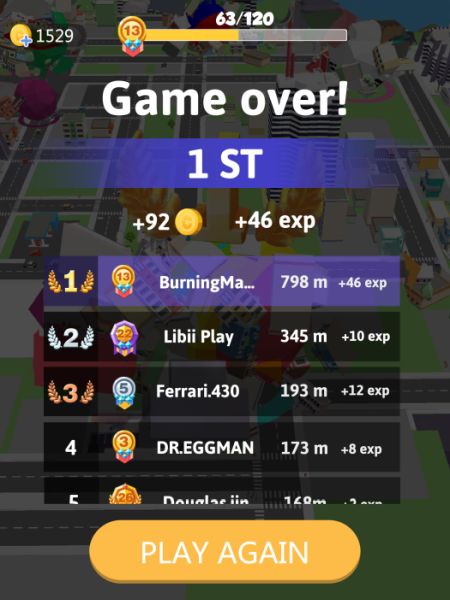 Double your earnings
The game is insanely fun and rewards are decent each time you play, but if you want to increase your rewards, you should watch ads after each round to double the experience points gained.

Alternately, you will have the chance to watch a video ad and spin the wheel for some goodies (ranging from XP to coins and ball skins). These not only help you unlock more skins in Big Big Baller, but also help the developers pay the bills, so it’s a win win situation.

Finally, if you’re looking for a guide on how to unlock all balls in the game, we’ve got you covered as well.

This is it right now! Go out there and rule the world, becoming the biggest ball that ever was. And if you have other Big Big Baller tips and tricks, don’t hesitate to let us know by commenting below. 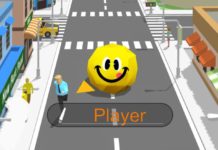 Big Big Baller Guide: How to Unlock All Skins / Balls