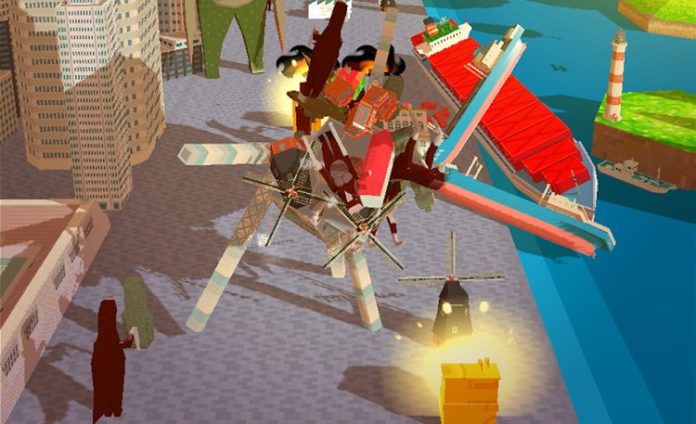 How large can your katamari grow? We’ll help you grow to cosmic proportions with our Amazing Katamari Damacy cheats and tips: a complete guide for the newly released mobile game that surely packs a super nostalgia punch.

It looks like Bandai Namco is starting to bring more and more of their hit games to mobile platforms and we can only be extremely happy with that. Sure, there are some duds like the recently released Saint Seiya Cosmo Fantasy, but at least this new endless runner is looking as good as possible.

So if you want to help your tiny prince roll a big ball to keep him happy, read on for some Amazing Katamari Damacy tips and cheats in our guide below!

Upgrade your cousins
The cousins in Amazing Katamari Damacy for iPhone and Android are basically the power-ups or boosts in other endless running games. They are extremely useful and you should spend your hard earned coins to upgrade them in order to help you last longer in each level.

They are not created equal and some are better than others. I would recommend focusing on upgrading the ones that help you live longer first (like Opeo), followed by Foomin, Nik, Marny and Macho.

And since we’re talking about cousins, it’s worth saying that you should keep an eye out for them, no matter how large your katamari grows. No matter which one appears in front of you, do everything you can to get them!

It’s better to hit some things instead of others
It’s instant game over if you hit those annoying wheels or if you fall down a hole. But most of the other things in the game can be hit without you getting the game over screen.

This means that when things get rough and difficult and you have no option than to commit a mistake, go for those that only bring the King of All Cosmos closer to you. He will rarely get close enough to punish you and you have some time to recover. But if you hit the wheels or fall into a hole, it’s game over.

Keep opening the rockets
Rockets reward you with lots of goodies and even though they take quite some time to open, you should always be working on them. The higher the time required for them to launch, the better the resources, but don’t work on launching them based on that alone.

Instead, it’s a better idea to work on the faster rockets during the day when you can log in multiple times to collect and leave the ones needing more time for during the night when you sleep.

Change the controls
If you can’t get used to the touch controls which are set by default, you can change them and use the tilt controls instead. In order to do so, tap the cogwheel in the upper left corner on the main screen and select the preferred controls there.

You can also play with the sensitivity of the controls, no matter which type you choose – and I recommend doing so until you find the perfect balance for your gameplay.

And since we’re talking about controls – if you are choosing the touch method, I recommend learning to play holding your finger as close to the bottom of the display as possible. This helps you not block most of the screen and makes everything easier to follow.

Look at what’s coming
Things are usually very crowded on your display when playing the game and everything seems to be a bit chaotic. It helps a lot if you don’t focus on the katamari you’re rolling (despite the fact that it’s really difficult not to stare at it and look at all the things you have there) and instead look ahead at what is coming.

This gives you the chance to avoid obstacles easier, find the best route to follow and live longer. Remember: you can roll your ball through everything but the spinning wheels!

Practice, practice, practice
Amazing Katamari Damacy is not an easy game, but not extremely complicated either. Practice makes perfect and in this case the more you play, the better you get. It takes a bit of time to get used with rolling the katamari and mastering the controls, but you will see that each new game you start will see you play better and score higher.

These are our Amazing Katamari Damacy tips and tricks for Bandai Namco’s mobile reinterpretation of the classic Playstation game. If you have extra suggestions to add to help players improve their game, don’t hesitate to let us know by commenting below.