The BGMI C1S3 will kick start on November 19 with a new Royale Pass along with brand new Tier rewards.

For unaware ones, Tier rewards in Battlegrounds Mobile India is a set of cosmetic items that players can unlock by reaching a certain rank. Considering seven major ranks in the game, the developers usually offer a single reward at each tier. As a result, players can snag up to seven rewards per season.

Since the BGMI C1S3 is approaching nearby, fans are pretty excited to know about the upcoming season’s Tier rewards. So without further ado, let’s take a look at what new rewards the forthcoming season will offer.

As we’ve mentioned earlier, players can unlock the Tier rewards by achieving their respective ranks. For instance, gamers who want the Platinum tier reward can snag it by reaching the Platinum rank. Here’s the list of rewards:

Silver is one of the lower ranks in the Battlegrounds Mobile India. For this reason, players can quickly achieve it by playing four to five ranked matches. Gamers who will reach the Silver tier in BGMI C1S3 will get an in-game mask with a cactus clipart engraved on it.

The Golltier will reward payers with a cool outfit that will provide an exceptional look to their character. The best part about this outfit is that it will be a permanent reward and remain in the user’s inventory forever.

Upon reaching the Platinum tier in BGMI C1S3, players will receive a cool-looking headgear highlighted in the yellowish wooden texture.

As the name suggests, Diamond is one of the higher ranks in the game and relatively hard to achieve due to tough competition. Players who will reach the Diamond tier will get a DBS skin with Cycle 1 S3 written on it.

The developers always feature a unique parachute skin at Ace tier in every BGMI season, and C1S3 is no different. Players will get a rare C1S3 parachute skin as a reward for reaching the Ace rank. 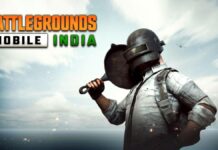 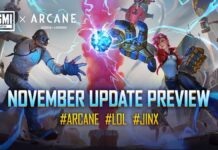 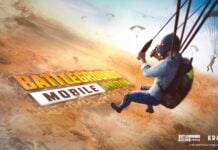 BGMI Emulator: How to download and install BGMI on Emulator