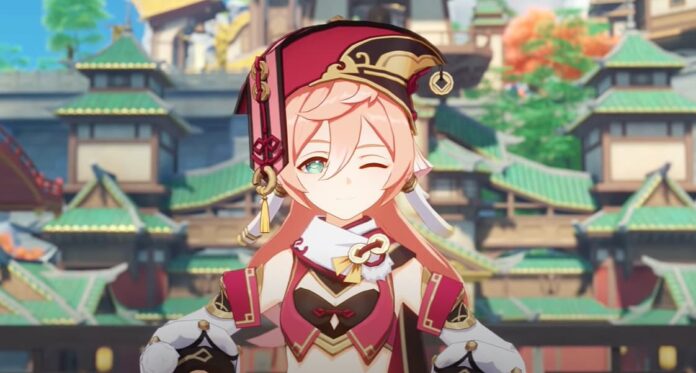 As a playable character, Yanfei is known to be a powerful Pyro DPS in Genshin Impact. Her kit revolves around using powerful charged attacks as both her elemental skill and burst buff her charged attack damage.

Other than as a DPS unit, Yanfei can also be a supporter with her fourth constellation. Keep reading to learn how Yanfei can be built as a supporting character.

Before building support Yanfei, players need to get her fourth constellation. Her Constellation Level 4 is:

When Done Deal is used:

C4 Yanfei can create a shield that scales off her HP similar to the Geo archon, Zhongli’s elemental skill. Now that you know how Yanfei can support your other characters, let’s talk about her build.

Support Yanfei’s artifacts should focus on increasing her health points and energy recharge. To use Yanfei’s shielding capabilities consistently, she needs high energy recharge as her elemental burst has a whopping 80 energy cost.

The best artifact set for Yanfei as support is the 2-pieces Emblem of Severed Fate (20%ER) + the 2-pieces Tenacity of the Millelith (20% HP). Besides this combination, players can also use 4-pieces Noblesse Oblige on Yanfei if no other party member uses the same set.

Here are the recommended main stats for support Yanfei:

As for the weapon, the craftable Prototype Amber is the best weapon for Yanfei. Prototype Amber has a passive that restores the wielder’s energy and all team members’ health when an elemental burst is used. With a high refined Prototype Amber, Yanfei can be a fantastic healer.