As with any worthy RPG, Fire Emblem Engage gives you a lot of weapon classes and options for each class to play with. Depending on your playstyle and build, you can choose between the standard swords, axes, and lances, but the game also has weapons like bows, knives, and staffs.

The game’s basic battle mechanic relies on the good old “weapon triangle,” where a sword beats an axe, an axe beats a spear, and a spear beats a sword. Therefore, we have decided to make a ranked list of the best weapons of these three classes in Fire Emblem Engage, so you can choose only the strongest pieces for your team.

Here are the best swords in Fire Emblem Engage, ranked.

With Might levels at 32, Georgios is currently the strongest sword in the game. It is a legendary blade that comes with staggering 90 Hit points. This might come at a price, though—you will have to cash out 10,000G to wield it or wait until Chapter 23 to get it as a reward after defeating the boss.

The second place on the list of best swords in Fire Emblem Engage belongs to Caladbolg with its overall 15 Might but 95 Hit. The price tag on this weapon is 10,000G as well, but it should be worth it, considering the damage this sword can inflict on your enemies. It also drops in Chapter 21 after you defeat the boss.

This sword is obtainable as a part of the Order of Heroes set, which you get as a reward for connecting your Nintendo account to the mobile game Fire Emblem Heroes. You will be able to redeem the reward code on your Switch when you launch Fire Emblem Engage to receive this powerful sword that boasts 90 Hit and 10 Might.

Those who prefer axes can find the best choices for this weapon class in Fire Emblem Engage here.

This legendary axe is quite heavy (24 Weight), but it is powerful, with 38 Might and 70 Hit points. You won’t be able to follow up or strike first when you initiate combat, but it compensates well with its high stats. It drops very late in the game, in Chapter 24.

Another piece of the Order of Heroes set, the Noatun axe is worth the “trouble” of connecting your account to the mobile game Fire Emblem Heroes. It comes with 75 Hit, but overall Might is at 14, making it one of the strongest choices that you can get fairly easily.

You can get this axe right after Chapter 4 from the armory, and it costs only 1,000G. Still, the Iron Axe packs a punch with 80 Hit and 9 Might, so don’t underestimate this early-game item.

If you have to fight off some swords, you will need a lance. Here, we present the best lances in Fire Emblem Engage.

This lance stays true to its name: it is powerful and poisons the enemy. The stats are quite powerful, with Might at 34 and Hit at 80, as well as 10 points for Critical. The price for this S-tier item is also 10,000G.

This legendary spear is another 10,000G item. It comes with 70 Hit and 1-2 Range, with the overall Might of 17. But you do get it quite late in the game—it drops after defeating enemies in Chapter 22.

Fensalir is the third item you get in the Order of Heroes set. It’s a powerful lance with 80 Hit and 12 Might. Since you can get it right away for free, its value spikes even more in our eyes.

And that concludes our ranked list of the best weapons in Fire Emblem Engage for the three main weapon classes. Keep in mind that most of these items are unlockable quite late on in the game and that, in the end, the best weapon is the one that suits your playstyle and does what it’s supposed to do—kill your enemies.

Let us know if you have any suggestions about weapon pieces that should be on our list, and explore the rest of our Fire Emblem Engage section. 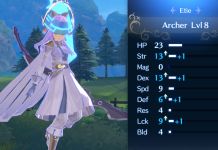 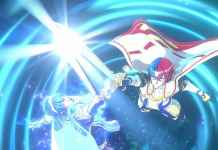 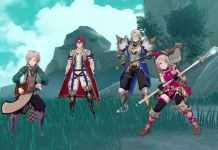 All Ages of Every Character in Fire Emblem Engage