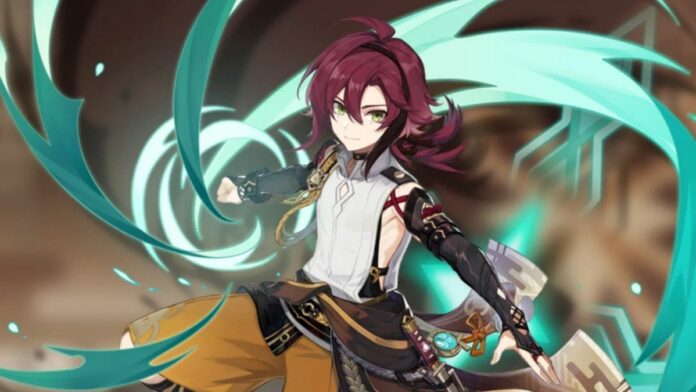 Genshin Impact version 2.8 will introduce the young Inazuman detective, Shikanoin Heizou. He is the first-ever male catalyst user to be added to the fantasy and magical world of Teyvat. In this article, we take a look at some of the best weapon options for Heizou in Genshin Impact.

Which Weapons are Best for DPS Heizou in Genshin Impact?

5-star weapons are great for almost every Genshin Impact character, and Heizou is no exception. To play him as DPS, players can use the following 5-star weapons on him:

1. Lost Prayer to the Sacred Winds

Lost Prayer to the Sacred Winds is the best-in-slot weapon for Heizou. The 33.1% Crit Rate from its secondary stat will help players stack Crit DMG and turn Heizou into a powerful DPS. Moreover, the passive is just perfect for Heizou.

Heizou has beautiful normal attack animations, but these animations take a long time. With the weapon passive, Heizou will receive a constant Movement Speed buff of 10%. With this weapon and C1 Heizou, players can boost their Heizou’s ATK speed by 25%.

Kagura’s Verity is a decent 5-star for players not having Lost Prayer to the Sacred Winds. Its juicy 66.2% Crit DMG will bump up Heizou’s DMG by a ton. However, the passive effect doesn’t fit well with Heizou’s kit. Because of his 10-second cooldown on Elemental Skill, Heizou cannot get the max buff from Kagura’s Verity.

Widsith is an excellent option for Heizou owners who do not have access to 5-star weapons. Being a Gacha weapon, many Genshin Impact players have access to Widsith with high refinements. Widsith provides a whopping 55.1% Crit DMG and a powerful passive. The only downside of Widsith is the cooldown on its passive effect.

Solar Pearl comes with Crit Rate sub stat but is a Battle pass only weapon in Genshin Impact. Those with Solar Pearl can use it on their Heizou to hit big damage numbers. Players can easily use Solar Pearl’s passive effect because Heizou uses his entire kit to deal damage.

Heizou is an Anemo DPS unit in Genshin Impact. Players should opt for weapons with Crit DMG and Crit Rate sub-stats to play him as the main DPS. Players can also go with weapons having ATK% sub stat or even Elemental Mastery sub stat for Electro-charge teams.