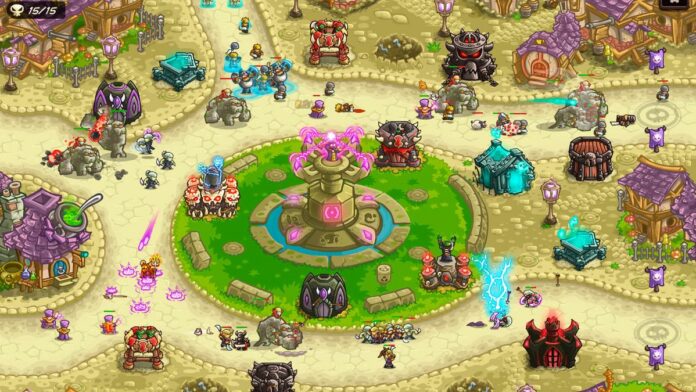 Kingdom Rush Vengeance is an incredibly addictive tower defense strategy game. It is also the darkest game in the entire Kingdom Rush series, as you have to play as the dark side. Players must unlock various Towers, upgrade them, and defeat all waves of enemies. The game’s primary goal is to defeat the three Kings, and for this, you need to use the best Towers.

As in any other Tower Defense Strategy in Kingdom Rush Vengeance, the most important mechanics are upgrading and using the best Towers. The game has a large number of Towers of different types. Each of them has unique stats and abilities, so many players want to know which Tower is the best.

At the start of Northerners’ Village, you will be able to unlock a magical Tower called The Specters Mausoleum. This Tower is one of the cheapest in the game, but it is still the best choice. Along with The Specters Mausoleum, you can use Guardian Gargoyles. They will not do much damage, but they will be able to delay your enemies for a long time. Also, you can use Possession. This ability allows the Tower to use hypnosis on enemies. Units affected by Possession will attack their allies with all their abilities.

Another of the best Towers is The Bone Flingers. This Tower becomes playable at the start of Jokull’s Nest. It is best to place it near the exit so that it destroys unarmored enemies. We recommend using The Bone Flingers along with bone golems to destroy any flying units. The main reason why this Tower is one of the best is its random targeting. This ability will help you eliminate dangerous units, even if there are other units in front of them.