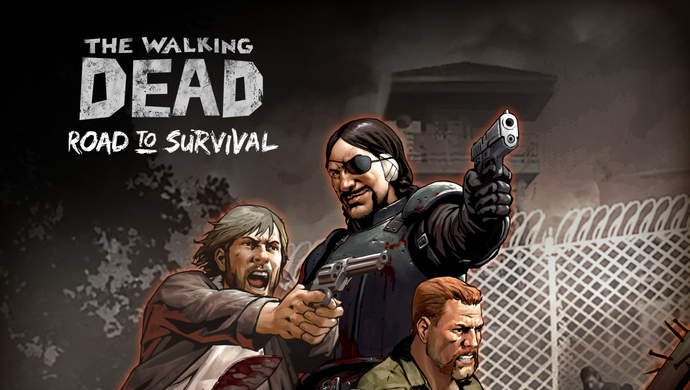 A new Walking Dead game was launched on the App Store, moments after we’ve told you about yet another Waling Dead game. We’ve been playing it like crazy here at Touch, Tap, Play. And between some tough to make decisions, base rebuilding and walker killing, we’re here to share with you a bunch of The Walking Dead: Road to Survival cheats and tips for a complete strategy guide that will take you through all the stages of the game like a breeze. It won’t be easy, but it will sure be fun!

So let’s not waste a single second and instead let’s check out below what we consider to be the best Walking Dead: Road to Survival tips and strategies for the hit iOS game!

1. The moral choices that you make matter
Not as much as they do in Telltale’s adventure series, but they do: each choice that you make will have a different outcome and will change the course of the game. There is no real “best” choice and you can clearly not anticipate them, so follow your gut. I have usually played it safe most of the time and the results were good, but maybe you like taking risks – then do it! There will be no game breaking results from your choices!

3. Use your rush attacks wisely!
First of all, make sure that you know what each of your active characters’ rush attack does and use them when you get the most out of them: sometimes, if the final wave is coming, it’s best to save the rush attacks for that moment. At other times, it’s good to rush attack ASAP to take advantage of boosts that last more turns. A good strategy regarding rush attacks can make the difference in battle!

4. Know the elements
The Walking Dead: Road to Survival follows a rock-paper-scissors mechanic, meaning that some character types are better against some and weak against others. There are four elements (colors) in the game, and you should make sure to know what they’re good against. Tapping an enemy in battle will show you in the bottom bar if there are any fighters that you have which would be better against that element. But make sure to check out the enemy information before each mission too, to know what you’re up against.

5. Level up your main characters
I would advise that you keep no more than 15 characters at all times and that you always upgrade the rarest one first and try to max them out. It would be good if you could have all elements covered with high level characters, but that’s more of a game of luck and patience – instead, just aim at having your best characters leveled up first, and you will slowly get there. Try to use your one star and two star characters as upgrade materials (or the ones you have a lot of, or you won’t use) and eventually, as you play through the game, you will unlock better characters and use them to replace the worst ones. But leveled up characters do make a difference in battle!

6. Replay missions like crazy
It’s nice and fun to play through the missions and progress, but sometimes you’ll have to grind on the same missions over and over again to get more survivors, more items and/or more resources. Replay missions based on the items you need (you can find which areas drop specific items by tapping the needed items in your inventory) and use the resources that you get to train more survivors and use them to upgrade existing ones. It’s a waiting game, but at least it’s fun!

7. Keep your distance from the walkers!
When fighting the hordes of zombies, it’s best to try and attack/destroy the closest ones first, then the ones in the back: the closest zombies will move in faster and attack first, but you will usually have no problem to take them all out before they get close. This doesn’t work with boss battles, usually or human encounters, when they all attack you.

8. When to use autoplay
I found out that the AI does a really good job when it comes to autoplaying zombie battles: I’ve never had any problems running zombie encounters on auto play, but when it comes to fighting humans, I always take charge to make sure that I use the healing when required and target the right opponents: for some reason, the AI seems to spread out the damage and doesn’t take out enemies one by one, as you should, to reduce the amount of damage received.

9. Create more teams
You can have up to three teams active at the same time and you should have at least two: one with your best characters which will be used with your raids/defense from raiders (make sure you set that team to defend against invaders) and one that can be altered during single player missions, based on the enemies that you encounter and challenges that you’re facing.

Ideally, you will have a 4-class team for raiding/defense and a team with class advantages for single player missions. If that’s not possible, always select your best members (in terms of damage and health) for your team.

10. Don’t forget to equip weapons!
Different types of weapons can be equipped by your characters, but not all characters can equip the same weapons, as they are too based on their persona types. So scroll through your weapons, find out which are the best, equip them and sell the rest! However, make sure you never sell other ingredients, because they might be needed to upgrade your characters later on!

11. Upgrade characters
We’re building a list of items and areas where you can find them to make things easier for you, but until then follow the simple rule: max out your strongest characters then upgrade them so you can level them up more. You will need different items for upgrading them, and you can find out in your inventory where those items can be found. Replay the missions in those areas until you get all the required items and you can upgrade your characters!

These would be, for now, our The Walking Dead: Road to Survival tips and tricks. We’re working on more detailed guides, so make sure to check back soon and share your own in the comment section below. 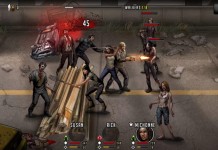 How to Get More Rare Characters in The Walking Dead: Road To Survival (3 Stars and above) 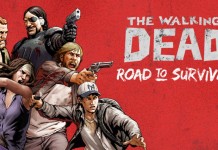 The Walking Dead: Road To Survival Gear & Ingredients List: Where to Find them All